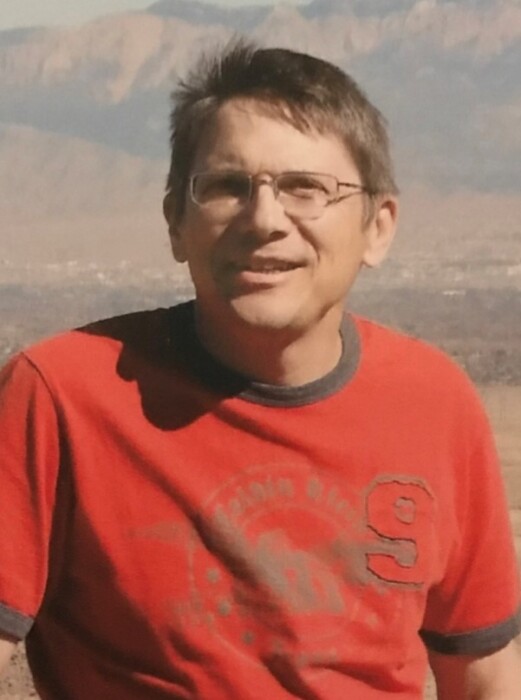 Karl William Seidler, 71 of Petoskey, passed away at home, in the loving arms of his wife, surrounded by his children and listening to his favorite music, on Tuesday, December 7, 2021.

Born in Detroit on May 26, 1950, he was the son of Robert and Hilda (Ross) Seidler. He grew up living in several areas of the country due to his father’s work with Greyhound Bus System.  The family settled in Owosso, Michigan in 1965.  He was a 1968 graduate of Owosso High School and a 1979 graduate of North Central Michigan College in Petoskey, with a degree in nursing.

Karl worked as an orderly before becoming a registered nurse in 1979.  He worked at Northern Michigan Hospital in Petoskey until 1998 and at Bay Bluffs Care Facility in Harbor Springs until 2011, when he retired after being diagnosed with Frontal Temporal Dementia.  He worked the midnight shift, he was a fun, easy going, and compassionate nurse, who would take extra time with patients, even if it was just enjoying a cup of coffee with them or holding their hand while watching a basketball game.

Karl met Barbara Kozlowski in 1998 in Harbor Springs, Michigan and they married in in 2009 in Sante Fe, New Mexico.

Karl enjoyed listening to music, gardening and farming, reading, traveling and spending time with his girls.  He loved sleeping in late, drinking coffee and wearing plaid shirts and jeans.  He also loved Christmas and birthdays.  Karl made everything feel special.  He will be remembered for his loud, infectious laugh that no one will forget.

He is survived by his wife, Barbara; daughters, Emily (Matt) Seidler of Levering, Elaine (Luke) Seidler of Harbor Springs; and Natalie, Karli and Allison Seidler all of Petoskey; sisters, Kay (Dan) Milbrandt of Pellston, MI, Karen (Randy) Conat of Flushing, MI and Janice (Albert) Bender of Port Austin, MI; sisters-in-law, Leah Kozlowski and Shannon Busby of Petoskey; his mother and father-in-law, Richard and Ruth Kozlowski of Petoskey; and many nieces and nephews.  He was preceded in death by his parents, Robert and Hilda Seidler.

A celebration of Karl’s life will be held in the spring, arrangements will be announced later.  Interment will be at Greenwood Cemetery in Petoskey.  Those who wish are asked to consider memorial contributions to Blissful Home Care, blissfulhomecare@outlook.com, for the Seidler girls.

To order memorial trees or send flowers to the family in memory of Karl Seidler, please visit our flower store.
Send a Sympathy Card