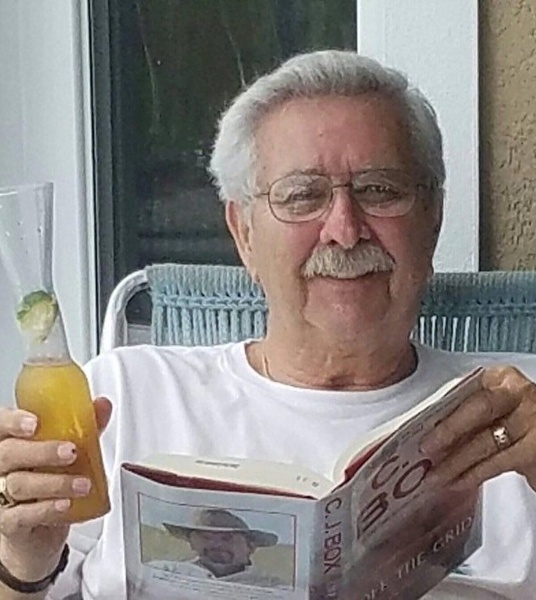 Kenneth Howard Brasfield of Harbor Springs, Michigan, went to his heavenly home following a battle with Lewy Body Dementia on Monday, March 21, 2022, at the age of 83, while at home surrounded by loved ones. Kenneth was born in Pontiac, Michigan, on August 11, 1938, to Howard Davis Brasfield and Florence Pauline Brasfield (née Smith). He spent his childhood in Flint, where his father was a milkman for Sprague’s Dairy. Ken loved accompanying his dad on his route so much that he stayed awake all night to make sure he wasn’t left behind if he was invited! Howard enjoyed chatting with his customers so much that he would often find his horse had pulled his wagon, along with Ken, to the next stop as if saying, “hurry up, Howard!”

After graduating from Flint Northern High School, Kenneth married his sweetheart Sandra Jean Brasfield (née Williams) on April 5, 1956. He served in the United States Marine Corps and was a proud Jar Head for life. He and Sandra raised their children first in Flint, where he was a devoted “Big Brother” volunteer and Y Indian Guide, and then in Chesaning, Michigan, where he was active with the Sports Boosters and Masonic Lodge #194, where he was Master in 1978. After their children graduated, Kenneth and Sandra bid farewell to the Michigan winters and relocated to St. Petersburg, Florida, in 1983, where they lived for over 30 years. Ken retired from the City of St. Petersburg in 2000, where he worked in the Department of Public Works as a water inspector. Ken was an active square dancer for 45 years and was President of the Florida Federation of Square Dancers in 2001 and held other offices in the West Coast Association. He donated blood faithfully, with a closetful of donor T-shirts and a wall of plaques to prove it. Ken was also a trained Stephen Minister, providing one-on-one care to those experiencing difficulties. After retiring, he loved giving back to his community and volunteered for Meals on Wheels and other local organizations.

Ken was a doting father and grandfather who often remarked that the best years of his life were spent raising his children, with enjoying his grandchildren a close second. He was a constant presence at sporting events, school performances, and even rodeos. In 2016, he and Sandy surprised everyone when they loaded a U-Haul and moved back to Michigan. They settled in Harbor Springs, where they immediately became enmeshed in the community and found dear friends. Ken was a member of the United Methodist Church and Masonic Lodge #378. You would often find him serving pancakes in the park with the Masons, entertaining friends, borrowing the latest Lee Child or Stuart Woods novel from the library, taking walks downtown with his son-in-law.

Ken’s grandson Derek encapsulated his impact on his friends and loved ones: ‘Kenneth Brasfield was a venerable gentleman who made lifelong friends out of strangers everywhere he went. To know him truly was to love him. Kindness danced in his eyes. He was selfless in all things and lived a life devoted to family, community, and service. He was an overwhelmingly charming and genuine man, and his humor and quick wit stayed sharp right up until his passing.”

Kenneth’s family would like to extend their heartfelt gratitude to Carla Parkes and Carol Michael of Heartsong Home Health Care and the McLaren Northern Michigan Hospice team, including Alisia, Ben, Emily, Jessica, Kelly, Janell, Penny, Shannon, Doug, Dennis, and Mike. Your compassionate care wrapped Ken and his family in a warm embrace until the very end.

In lieu of flowers, Kenneth’s family asks that you consider planting a tree in his memory or making a donation to one of the following organizations: The United Methodist Church of Harbor Springs, McLaren Northern Michigan Foundation Home Care and Hospice, and the Lewy Body Dementia Association.

Here’s health to you and to our Corps
Which we are proud to serve;
In many a strife we’ve fought for life
And never lost our nerve;
If the Army and the Navy
Ever look on Heaven’s scenes;
They will find the streets are guarded
By United States Marines.

-excerpt from The Marines Hymn