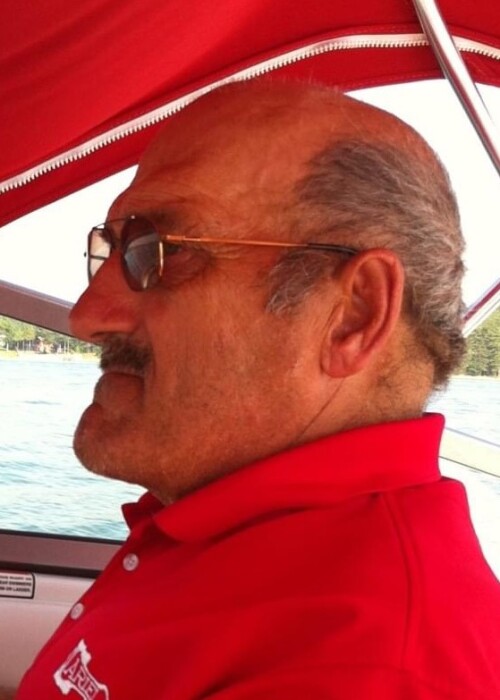 Kenneth W. Schram, 73 of Gaylord, has soared to meet his heavenly father.  He passed away on Thursday, May 6, 2021 at McLaren Northern Michigan in Petoskey.

Harold Junior Schram and Jean Shirley (Champagne) Schram were blessed with their only son, Ken, on November 4, 1947 in Hubbard Lake. Ken and his only sister, Bonnie, were remarkably close and looked after each other while growing up.  Ken was highly active and excelled in bowling, football, baseball, and pool. He was always known for standing out and being the center of the show.

Viki Lynn Stoyke was the love of Ken’s life.  She caught his eye when they first met; they were married 52 years ago. Their love for one another gifted them with four sons and two daughters. Always dedicated to his family, he worked countless hours in the oil and gas industry, becoming very knowledge and climbing his way to the top of the sales force.

Kens drive for work did not prevent him from being involved with his kids.  He passed along his strong work ethic, the ability to fix and build things, and a love of sports. He never missed one of their games, regardless of the distance. His passion for sports led him to teach little league baseball to countless kids. He will always be remembered for his glove sized hands that most often were his ball glove. His grandchildren were truly the apples of his eye and he rarely ever told them no. He really enjoyed taking them camping, fishing, boating, and golfing, and he always followed their sporting events. He dearly loved each of them.

Kens big teddy bear heart, his spirit, sense of humor, and jokes will always be remembered by those whose lives he touched. Ken never said no or turned his head on anyone. He has truly left his mark upon those who knew him.

Ken reunites with his father Harold, mother Jean, and sister Bonnie Bowers Gauthier; and a few of his dearest friends.

A family memorial service will be held soon. Those who wish may send any condolences, gifts, and contributions to the Schram family through the Gaylord Community Funeral Home, P.O. Box 249, Gaylord, MI  49734.  Or you may share your memories and personal messages with the family at www.gaylordfuneralhome.com

To order memorial trees or send flowers to the family in memory of Kenneth W. Schram, please visit our flower store.
Send a Sympathy Card