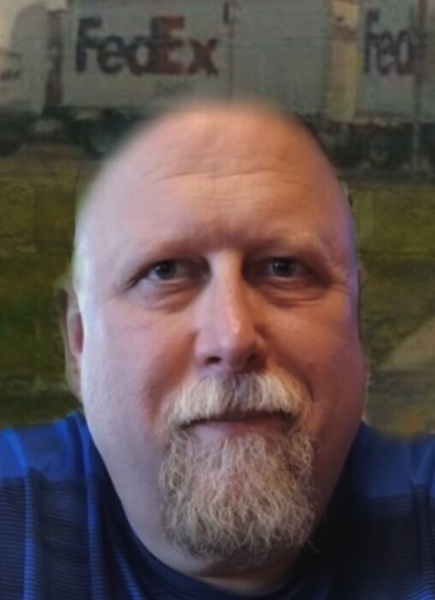 Kerry R. Woiteshek, 56 of Gaylord, passed away at home on Saturday, October 24, 2020 after a brief illness.

Born on July 20, 1964 in Park Ridge, IL, Kerry was the son of Ronald J. and Marilyn M. (Bergeron) Woiteshek.  With his dad in the military, the family lived in several cities, primarily in Michigan, eventually settling in Boyne City where Kerry was a 1982 graduate of Boyne City High School. After high school, Kerry served in the U.S. Air Force for two years and was discharged in 1984.  He had been a Gaylord resident since 2007.

Kerry was an over the road truck driver for several years, spending some of those years as an owner/operator.  Eventually he went to work for American Freightways.  A job he often said was “meant to be”; he knew he found his home with the company.  He also enjoyed 23 years as a line haul driver with FedEx Freight which later acquired American Freightways.  Five nights a week, Kerry made the drive from Gaylord to Toledo, Ohio and back.  He enjoyed his late night conference calls with the “sb crew”.

In his spare time, Kerry enjoyed fishing with his kids, boat rides through the Inland Lakes Waterway with his wife and golfing with friends, especially with Roger Hook, whom he considered more of a dad than a friend.  He also enjoyed watching movies and cooking, especially grilling.  Kerry found his greatest joy though in spending time with his family and friends who knew they were always welcome in his home.

Kerry and Tammy Fritts first got acquainted by talking on the CB radio and later the telephone for two years before finally meeting in West Branch.  They were married in Boyne City on February 23, 2008.

Also surviving are his children, Keri (Julian) Simental of Garden Grove, CA, Whitney (Cameron) Rose of Boyne City and Zackary (Rachel) Woiteshek of Sault Ste. Marie; Tammy’s children, Jessica Fritts of Afton and Matthew (Nicole) Fritts of Hillman; 13 grandchildren; a sister, Lynn (Steve) Westhoff of Trufant, MI; a brother, Lee (Leota) Woiteshek of Pueblo West, CO; several nieces and nephews and his many friends.  He was preceded in death by his parents.

Kerry was always concerned about feeding everyone and that no one went away hungry.  For that reason, those that wish are asked to consider memorial contributions in his memory to the Otsego County Food Pantry.

To order memorial trees or send flowers to the family in memory of Kerry R. Woiteshek, please visit our flower store.