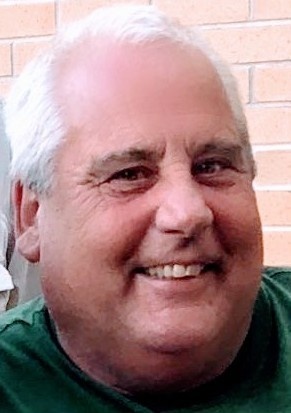 Kip Granger, 58, went to rest in the Lord peacefully in his sleep on June 19th.

Kip is survived by his loving wife of 33 years, Barbra (Brown) Granger; father Bruce Granger, and mother Judy (Cecil) Mills; as well as his daughter Danielle Delong. His large and thriving family lives on in remembrance of him: his grandsons Greisyn and Kameryn; siblings Brent and Kyle (Geri) Granger, Tim, Tony, and Theresa Granger; as well as Charles and Rodney (Pamela) Mills; Pamela (Pete) Volz; Denis (Christine), Patrick (Shirley), and Michael (Helen) Alexander; Robert (Cyndi), Daniel (Elizabeth), and Cheryl Brown. Kip had 40 nieces and nephews and 41 great nieces and nephews. All will miss him dearly.

Kip was born and raised in Coldwater and moved to Gaylord in 1991 joined by his wife. Kip obtained his business license and started his own business which continues today with his brother, business partner, and best friend Kyle.

Kip’s first loves were his family, friends, and wife Barbara. His happiness permeated anything and everything done in their company. He had great love and affection for “his” dog, Piper and enjoyed a full life of play: on the golf course, ski slopes, the lake, a drive in movie, and cruising on his Goldwing. His favorite activities always made sweeter by the presence of his loved wife.

In the summer months, you could find Kip stopped at his brother Kyle’s joined by his wife and sister-in-law, Motorcycle in the driveway, and joke after joke flowing. His abundant wit was good for endless laughter; his smile and laugh completely infectious for those around him. His memorable laugh was heard bellowing through whatever home he was in.

Barb feels he died with a deep love in his heart for their marriage. She settles knowing his first thought was always for her. This is reflected even to this day, as he wanted to ensure her sufficiency when his time came to pass.

A graveside service will be held for friends and family at Fairview cemetery in Gaylord at 1:00 PM Thursday, June 25, 2020.

In lieu of flowers, memorial contributions to the family are encouraged and will be used to make a donation of their choice.

To order memorial trees or send flowers to the family in memory of Kippe Andrew "Kip" Granger, please visit our flower store.
Send a Sympathy Card