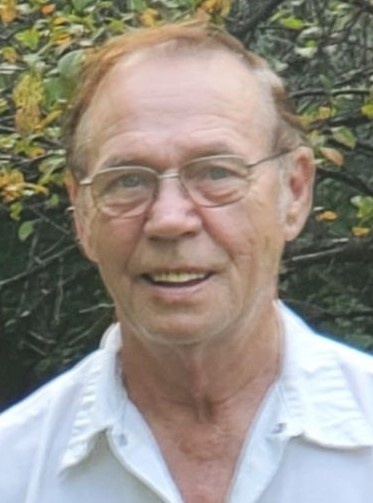 Born to and preceded in death by his parents, Frank and Ardene, Larry started his journey in Monroe, Michigan. At 16, he met the love of his life, Nellie. Continuing their love story, the two ventured north, and were married on August 22, 1964. They settled in Boyne City and began their family.

Five children, 22 grandchildren and 17 great-grandchildren later, Larry has left this world a better place. He loved hunting, the color blue, watching his children and grandchild race. He had a passion for birds that often resulted in road trip with his son to get “just a couple more”. He always had on his classic country music- if there was a microphone around, he was the first to grace us with a song. His gift of gab brought many friends into his life; there was always room for one more at the table. He selflessly offered love and kindness to others. He had a quick wit and was always full of stories. Larry loved and spoiled his two dogs, Buck and Oscar. He always wore a smile. If you didn't have one, he would give you one.

Larry worked a few jobs in his life, but his most recent and biggest pride was working alongside his son and grandchildren at B.C. Pizza in Charlevoix. No matter what it was, Larry worked hard and loved even harder.

Please share your memories and personal messages with his family on the guestbook, below.