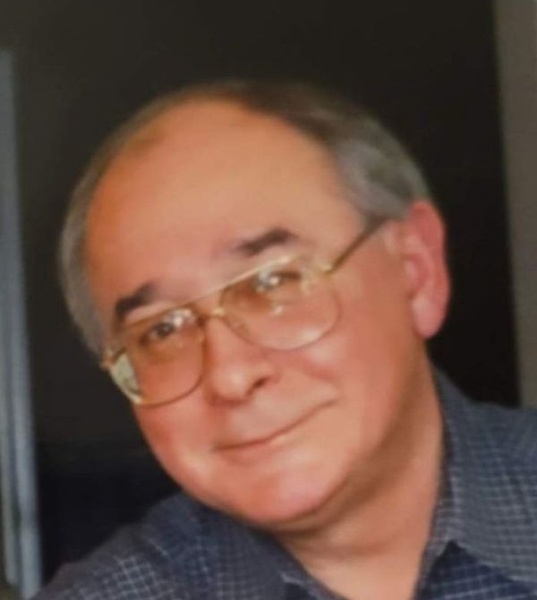 Larry was born in Detroit, MI on Jan. 21, 1942, to Irene and William Beckett.  He graduated from Denby High School in 1960, joined the Air Force and served in Taiwan during the Vietnam War.  He was a communication specialist and a sharpshooter who guarded confidential papers.  After the service, he attended Lawrence Technological University.

Larry began his career at the Board of Education and ended it by retiring from F.J. O’Toole in 2004 as an electrical estimator.  After retirement, he put his acquired skills to work at Sears, part-time as a sales associate, until the Gaylord branch closed.

Larry was a rock to his family - honest and loyal.  He loved to throw parties and hosted the Super Bowl every year until retirement.  Larry loved his friends, jokes (especially Henny Youngman), beer and golf, which led to the yearly Otsego Invitational Golf Outing, which lasted for over 40 years; AND him being a part owner in a death trap cottage affectionately labeled “The Ranch” where lively banter was had, fierce games of Euchre were played and many a beer was guzzled.

Larry was a guy’s guy, but he was also a devoted family man.  He was the glue that held his blended family together and they lovingly coined themselves “The Beckett Bunch”.  Many a weekend was spent cramming the wife, six kids, two Grandmas and a stinky dog into the van and driving from Grosse Pointe to Gaylord for a weekend of fun.

Larry was a wealth of information and could fix anything.  He had lots of little traditions like picking up Travis sliders for the family on a Friday night, driving down to Hamtramck every Fat Tuesday to pick up authentic Polish paczkis, making his special sausage with his buddies twice a year and serving it at every family holiday with a spot of horse radish.  His family will particularly miss his Christmas Eggnog and snuggling down as a family each year to watch “Christmas Vacation”, while Larry continually interjected, “This is the best part!” while mom shushed him impatiently because we had all seen it a million times and knew what was coming!

Thank you, Larry, for being a wonderful husband and father.  We will continue to stick together, try to make you proud and hope to continue your family traditions with fond memories.  We love and miss you so much!

To order memorial trees or send flowers to the family in memory of Lawrence William Beckett, please visit our flower store.
Send a Sympathy Card