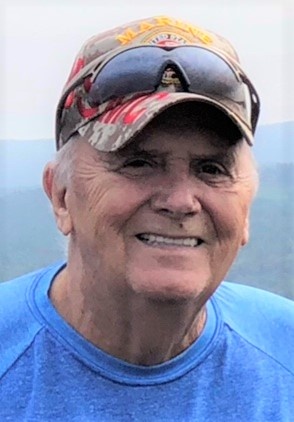 Lawrence Charles Hayes, 81 of Gaylord, Michigan passed away on Sunday, June 16, 2019 surrounded by his family after his courageous fight with cancer.

He was born February 8, 1938 to Hazel and Laurence Hayes, of Flint, Michigan. Lawrence “Larry” graduated from Flint Northern High School in 1956. Larry proudly served his country when he joined the United States Marines Corps in 1956. His job was rifle instructor/prison chaser. He also received many awards for being an expert sharp shooter. When he left the Marines he achieved the rank of Corporal.

Larry and Connie moved to Florida where Larry worked for The City of St. Petersburg Police Department as a Store Keeper. Larry was an example of what hard work and dedication was. He retired several times in life but always needed to find work to keep himself busy. His last job was in 2013 where he worked for Auto Wares of Gaylord as a Auto Parts Delivery Driver. He finally retired for the last time at the age of 80.

Larry loved being around people and he was a talker! You were never a stranger for long around Larry.  He played softball for many years in Flint, New Lothrop, and Owosso. He was on a bowling league in Flint and also a member of the Knights of Columbus 3rd degree.  Spending time with family, playing cards, and enjoying Sunday football game day parties with family is what made him the happiest.

Larry is survived by wife Connie, his children, Larry and wife Jessica Hayes of Gaylord, Shelly and husband Fred Blankenship of Gaylord, and David of Florida. Grandchildren Corey, Cameron (Erica), Caitlin, Caleb, Reiné, Brendan, Justin, Brooklyn, Jordan, Lexi, and Ava and three great grandchildren Aaron, Xavier and Brynlee. One brother, Norman Hayes and two sisters, Pam Hayes and Linda Wisely,  a nephew and two nieces, and several cousins. He is preceded in death by his mother Hazel, his father Laurence and his step mother Billie.

Larry’s family will visit with friends from 3:00-7:00 PM Saturday, June 22, 2019 at Gaylord Community Funeral Home & Cremation Service.  Funeral services will be held at 2:00 PM Sunday, June 23, 2019 at the Gaylord First United Methodist Church.  Visitation at the church will begin at 1:00 PM.  Those who wish are asked to consider memorial contributions to Hospice of Michigan.

To order memorial trees or send flowers to the family in memory of Lawrence C. "Larry" Hayes, please visit our flower store.