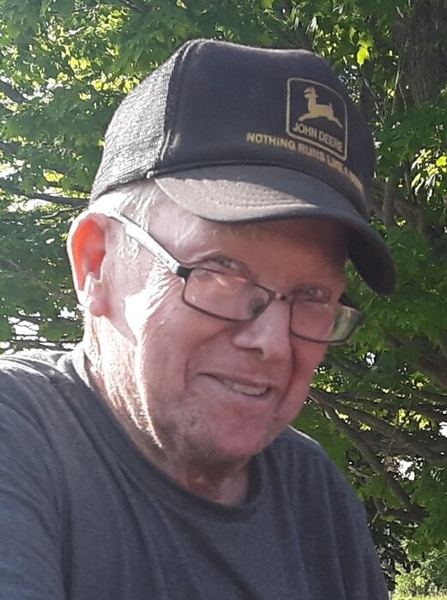 Phil was born on March 10, 1943, along with his twin sister, Joan, in Mt. Clemens, Michigan, to Leon and Leah (Carpenter) Schmalzried.

He graduated from Pellston High School in 1961.  There, he fell in love with the love of his life, Lael Sutliff.  A short time later, in 1963, they were married.  Phil and Lael made their home in Levering and were happily married, prior to Lael’s passing in 2016.  Because they fell in love, three children were born; Scott, Jayne and Kelly.

If you asked him what he was, Phil would tell you he was a farmer as this was his true passion.  In his spare time he also worked 27 years at Proctor & Gamble in Cheboygan, delivered fuel oil, drove school bus for Pellston Schools, and delivered mail!

He loved being a farmer, raising cattle, always having horses, and growing hay.  He also loved having family gatherings and watching the grandkids play sports; they were his pride and joy.

Phil was preceded in death by his wife, Lael; a daughter, Jayne; his parents, Leon and Leah; and a great grandson, Nathan.

A memorial service and gathering of family and friends will be held at 11:00 AM Friday, November 12, 2021 at New Hope United Methodist Church, 4516 US-31, Levering, MI  49755.  Pastors Michelle Merchant and Dennis Bromley will officiate along with Leon’s grandson, Luke Schmalzried.  Visitation will begin at the church at 10:00 AM.

Those who wish are asked to consider memorial contributions to New Hope United Methodist Church of Levering.

To order memorial trees or send flowers to the family in memory of Leon P. Schmalzried, please visit our flower store.