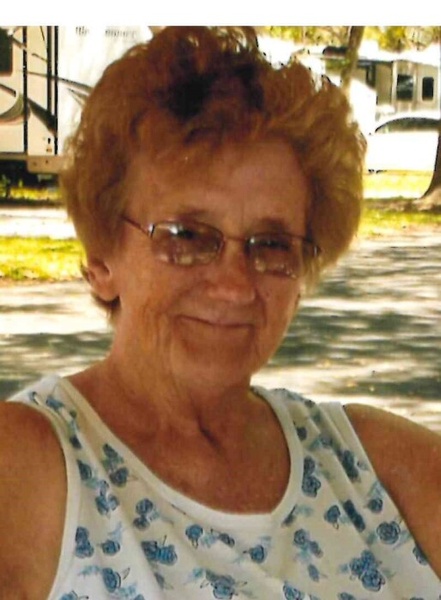 Linda Kay Bunker, 76 of Wolverine, passed away Monday, August 16, 2021 at the Cleveland Clinic in Cleveland, Ohio.

Born in Wolverine on May 5, 1945 to Harold and Minnie (Stokes) Glover, Linda was a lifelong resident and a graduate of Wolverine High School.

On October 27, 1962 she was married to Mitchell N. Bunker.  They raised their family in Wolverine where Linda helped Mitchell as the business manager for his business, Bunker Concrete.

In her spare time she enjoyed camping, campfires and boating with her family and spending time at the family get away at Lake Manuka.  She loved animals, especially her cats, tending to her flower beds and birds around her home.  Linda was also an avid quilter; she had donated hundreds of quilts to various organizations.

She is also survived by a brother, Charles (Carol) Glover of Dexter; sisters, Yvonne (Roy) Vincent of Indian River and Arbutus Fogle of Grand Rapids; and several nieces and nephews.

She was preceded in death by her parents and sisters, Eloise and Dorothy.

Funeral services will be held at 1:00 PM Saturday, August 21, 2021 at Gaylord Community Funeral Home & Cremation Service where visitation will begin at 11:00 AM.  Those who wish are asked to consider memorial contributions in her memory to the Cheboygan County Humane Society, 1536 Hackleburg Rd, Cheboygan, MI  49721.

To order memorial trees or send flowers to the family in memory of Linda Kay Bunker, please visit our flower store.