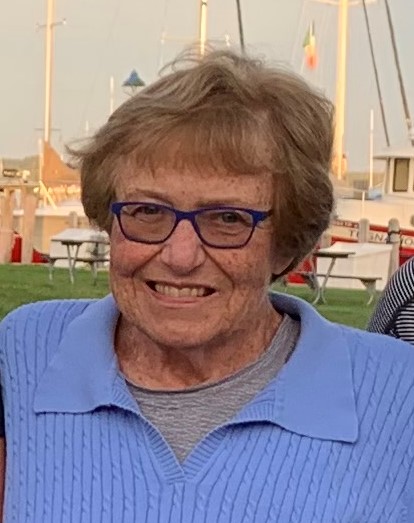 Melanie R. Peabody, 75, of Harbor Springs, passed away on Thursday, April 2, 2020, at Hiland Cottage in Petoskey.

Born in Ruffin, South Carolina, on August 21, 1944, Melanie was the daughter of Murray and Alma Workman. She was born in her grandmother’s house while her dad was at sea, serving in the Navy during World War II. On February 2, 1963, Melanie married the love of her life, Richard F. Peabody, at First United Methodist Church in Ionia, Michigan.

Melanie and Richard met at the soda fountain where she worked when he came in for lunch each day. They planned a winter wedding so they could ski during their honeymoon, an activity that became a lifelong tradition. They honeymooned at Boyne Mountain, Michigan; celebrated their first wedding anniversary in Mont-Tremblant, Canada; spent their fortieth anniversary with all their family and children in Taos, New Mexico; and returned to their home in Boyne Highlands, Michigan, to celebrate their fiftieth anniversary.

Melanie was an elementary school librarian at Ionia Public Schools for many years. Her enduring love of children’s books made helping children select their books each week a profound pleasure. She also served on the board of Hall-Fowler Memorial Library (now Ionia Community Library).

Melanie’s greatest joy was spending time with family, whether skiing down mountain slopes or sailing on the beloved sailboat the family owned for more than forty years. She was thrilled to see her granddaughter learn to ski and sail while three generations came together on the hills and water.

Melanie also loved to travel. “Going down south” began when she was a young child, when she and her mom and dad made the long trip to visit her grandparents every year in South Carolina. Forever after, heading south was something she looked forward to. She also enjoyed traveling to Europe with her husband and son.

Melanie’s most important roles in life were wife, mother, sister, and grandmother. Along with her giant laugh that filled the room and her voracious love of life, her family will remember her devotion to those she loved most of all.

Melanie will be remembered with a celebration of her life at a later date.

Memorial contributions may be made to Ionia Community Library at a later date.

To order memorial trees or send flowers to the family in memory of Melanie R. Peabody, please visit our flower store.
Send a Sympathy Card