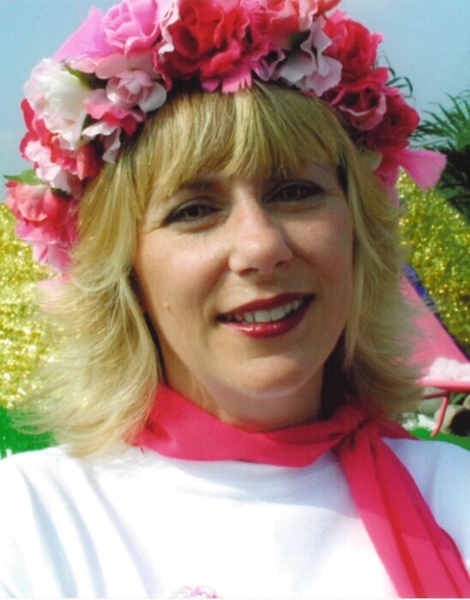 Born in Miami, Florida on January 28, 1965, she was the daughter of Edward F. and Gloria J. (McMasters) Newbold.  Merilou grew up in Dade County, Florida and graduated in 1983 from Monsignor Edward Pace High School.

Shortly after graduating, Meri joined the U.S. Air Force, serving from 1983-1992, and rising to the rank of Staff Sergeant.  She first served in Montana before beginning several years of overseas duty including her service in Sicily and Berlin.

It was in Berlin that she met her future husband and fellow airman, Allen A. Nash.  They were married in Berlin on June 1, 1989.  Meri and Allen were later assigned to Colorado Springs, CO in 1991.

She was discharged from the Air Force on December 1, 1992 and shortly thereafter began nursing school at the University of Colorado, Bethel School of Nursing.  She graduated with her Bachelors of Nursing degree in 1997.

In 2002, when Meri and Allen moved to Wolverine, she began her career with Otsego Memorial Hospital in Gaylord.  She worked in several departments, spending most of her time there in Cardiac and Pulmonary Rehabilitation until March of 2020.  She also worked as an ACLS and BLS instructor for Baker College.

Her family and friends all knew of her passion for reading, especially all things Sci-Fi.  She had an extensive collection of Star Wars, Star Trek, Harry Potter and Lord of the Rings books and she also enjoyed British period dramas.

Meri loved the outdoors, she enjoyed northern Michigan summers with Allen, camping, hiking, jogging and kayaking.  Her years in the Air Force allowed her to pursue her love of travel.  She was also dog lover and she enjoyed shopping.

In addition to her husband, Allen, Meri is survived by her father, Edward (Betty) Newbold of Columbus, OH; sisters, Jennifer (David) Youngren of Greenville, MD and Cherie (Kevin) Casey of Cedarbrook, NJ; brothers, David and Paul Gannett of Bradenton, FL and Terry Newbold of Glen Burnie, MD as well as several nieces and nephews.

She was preceded in death by her mother, Gloria Gannett; a sister, Vickilee Sando and grandparents, Clarence and Victoria Newbold.

A memorial service will be held at 11:00 AM Saturday, February 20, 2021 at Wolverine Free Methodist Church in Wolverine where the family will visit with friends beginning at 10:00 AM.  Those who wish are asked to consider memorial contributions in her memory to the veterans support organization of your choice or to the Neuro-Oncology Gift Fund at the University of Michigan.

To order memorial trees or send flowers to the family in memory of Merilou V. "Meri" Nash, please visit our flower store.
Send a Sympathy Card