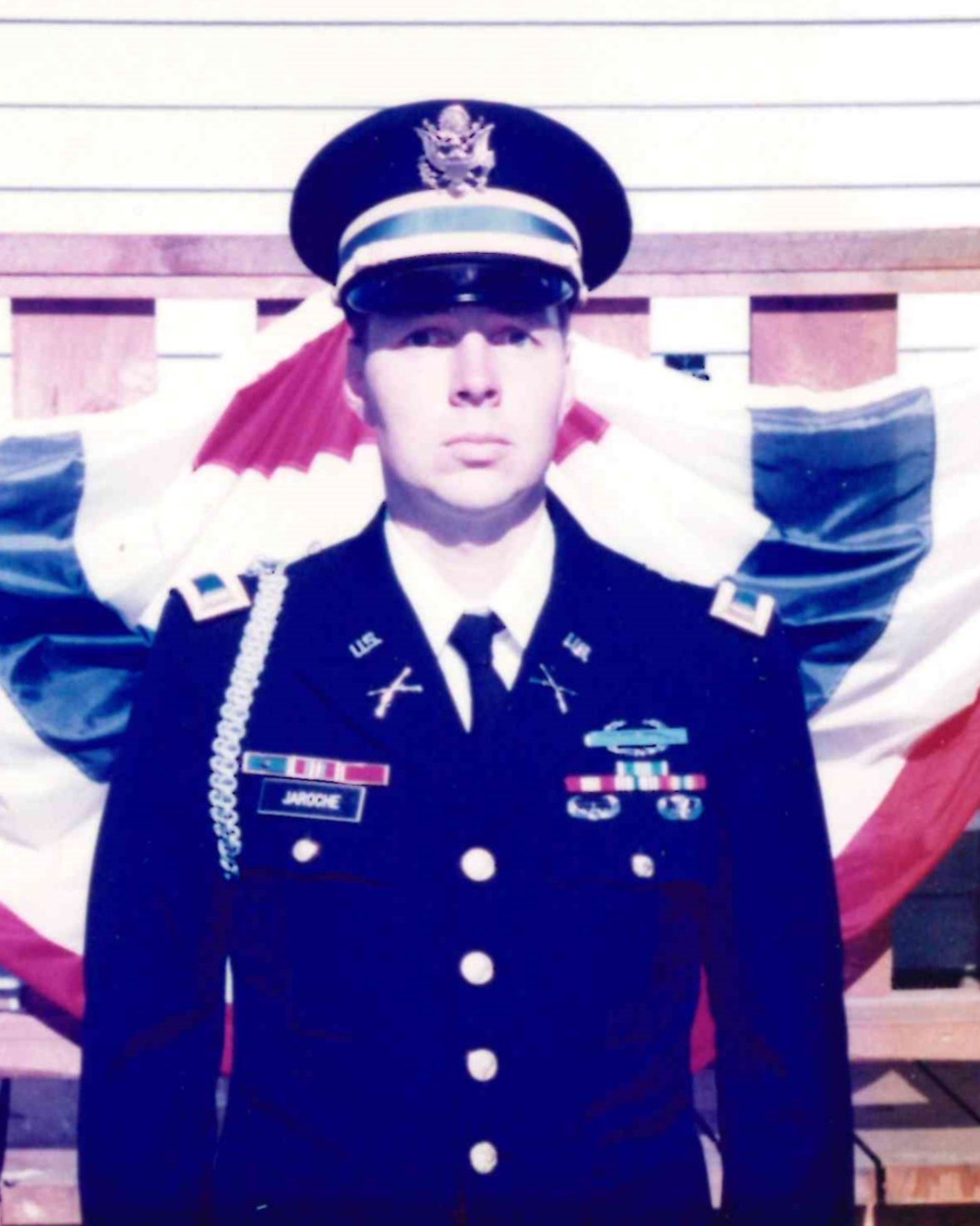 Michael Andrew Jaroche, 55 of Wolverine, passed away Tuesday, January 17, 2023 at Medilodge of Capitol Area in Lansing.

Born in Petoskey, Michigan on February 23, 1967, he is the son of Michael R. and Carol Jo (Prokop) Jaroche.

Michael graduated from Wolverine High School in 1985. During his youth he was a boxer, played basketball and baseball and was active in Cheboygan County 4-H.

He received an ROTC scholarship with the help of then Senator Carl Levin and received a Bachelor of Science in Environmental Science from the University of Tennessee at Chattanooga.

Following graduation, he was commissioned a 2nd lieutenant in the United States Army.  He had just finished winter war training in Alaska when he was sent to the jungles of Panama as part of the “mop up crew” after the capture of General Manuel Noriega and then to the desert of South East Asia as part of Operation Desert Storm.  Later he was promoted to 1st lieutenant  at Fitzsimmons Army Medical in Aurora, CO following his service in Desert Storm.  An illness forced his early retirement in 1991.

In his youth and again later after his military service, Michael worked in his family’s sawmill, Jaroche Brothers, in Wolverine.  He attended lumber grading school in Memphis, TN which allowed him to work in the business as a lumber grader.  His declining health forced his retirement in 2007.

Michael was a member of the Gaylord Seventh Day Adventist Church and VFW Post #7439 in Indian River, where he had been the post chaplain.

He enjoyed hunting and traveling with his wife, Mary.

Also surviving are his parents, Michael and Carol Jaroche of Wolverine; a sister, Paula (Matt) Stahlin of Belding; brothers, Daniel (Ivy) Jaroche of Lansing and Luke (Lynelle) Jaroche of Hessel; and many nieces, nephews, great nieces and nephews, aunts, uncles and cousins.

Funeral services will be held at 1:00 PM Tuesday, January 24, 2023 at Gaylord Community Funeral Home & Cremation Service where visitation will begin at 11:00 AM.  Burial will be at Haring Township Cemetery in Cadillac.

Those who wish are asked to consider memorial contributions to VFW Post #7439 in Indian River.

Please share your memories and personal messages with the family on the guestbook, below.

To order memorial trees or send flowers to the family in memory of Michael Andrew Jaroche, please visit our flower store.