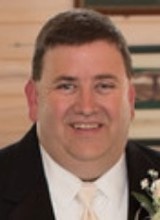 Also a dedicated EMT, Mike served with Otsego County EMS from July of 2000 until March of 2019.  During this same time, he served as Torch Lake Township EMS Chief from 2002-2006.

Mike was a licensed EMT and state certified Firefighter I & II.  He was CPR and AED certified, certified in vehicle extraction, a certified scuba diver with ice rescue training and a BLS instructor.

Mike also worked at different times as a sales associate at Meyer Ace Hardware in Gaylord and as a Motor Coach Operator for Indian Trails Motor Coach.  Most recently he worked for Prairie Farms Dairy.

Mike will be remembered as a man whose passion for helping others far exceeded his job title.  He was the all around handyman that never turned down anyone’s request for help.  He was also a teacher and mentor to the young people in his life in many ways including his involvement with Michigan Youth Challenge Academy through the National Guard.  In his spare time he enjoyed camping and boating with his family and friends.

Mike is survived by his wife, the former Sheryl Oestreich, whom he married in Gaylord on July 29, 2017.  Also surviving is his daughter, Michaela (Trevor Meek) Watson of Cadillac; his mother, Judy (Jerry) Morford of Grayling; sisters, Lisa Watson of Comstock Park, Andrea (Christopher) Arnold of Rochester Hills and Ronda Hutek of Roscommon; brothers, Dean (Cheryll) Morford of Alanson, Ryan (Jamie) Morford of Holland and Allen (Tammy Cook) Morford of Bridgeport; his former wife and Michaela’s mother, Kelly (Ted) Peterson of Bellaire; close friends, Tom (Melanie) Totten of Gaylord and Tom (Pam) Wyatt of Richmond; his beloved dogs, Riley and Chloe and his EMS and Fire Department families.  He was preceded in death by his father, Alan P. Watson.

Mike’s family will visit friends from 4:00-8:00 PM Friday, February 28, 2020 at Gaylord Community Funeral Home & Cremation Service.  Funeral services will be held at 11:00 Saturday, February 29, 2020 at the Gaylord First United Methodist Church where visitation will begin at 10:00 AM.

Those who wish are asked to consider memorial contributions to his family or to the Otsego County Animal Shelter.

To order memorial trees or send flowers to the family in memory of Michael Alan Watson, please visit our flower store.