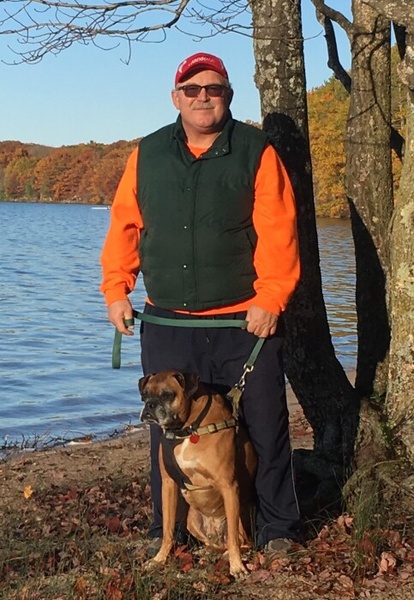 After a hard fought battle, a brief victory and sudden return of melanoma, Michael David Tarbutton, 67, of Frederic, passed away peacefully, on December 6, 2021 at home, surrounded by his wife and children. Born in Trenton, Michigan on November 27, 1954, Mike is the son of Don and Jeanette (Kujala) Tarbutton of Gaylord.  He graduated from Gaylord High School in 1972 and attended Northern Michigan University. Mike married Sandy Nowak on August 24, 1973. Together, they made their home and raised their 3 children, in Gaylord. He was a parishioner of St. Mary Cathedral.

Mike served as the Otsego County Parks and Recreation Director for 24 years.

It was the job he was made for and he spent his best years bringing imagination to life with new ways to improve the Parks and Community Center. He put his heart and soul into his work and it brought him such joy to be able to share that with his community. This was his greatest accomplishment, that ended with his deepest regret.

Mike enjoyed sports, coaching, officiating, hunting, mushroom picking and camping. He was race director for the Mark Mellon Triathlon and Alpenfest Run for many years, along with several years of coaching at St Marys. It seemed as if the only pants he owned were his “regular sweatpants” and his “dress sweatpants.”

Mike, or “Pa,” met the loves of his life, his grandchildren, as each came into the world and, of course, their “Bammy”, aka Sandy.  He had a fierce, unconditional love for his children and grandchildren and his favorite thing was to find a way to come to their rescue, which earned him the title, “Pa Patrol.” Mike loved spending time at his “Little House on the River” in Frederic.” He loved to show off his mushroom hunting and camper parking skills. Although, in recent years, he lost his mojo for backing up the camper and his family would remind him about the time he moved it with the sides and canopy still out. He had wonderful friendships from childhood that lasted a lifetime, which included an annual reunion football game, known as the “Toilet Bowl.”

Mike is survived by his parents, Don and Jeanette (Kujala) Tarbutton; his wife of 47 years, Sandy; His children, Melissa (David) Tallman, Annie Tarbutton-Robinette, Benjamin (Alyse) Tarbutton, Clint Robinette, Michalla Fader; his brother, Tim Tarbutton; his grandchildren, Brandy (A.J), Tyler (Chelsea), Cassie, Ariah, Remy, Knox and Rex; and many nieces and nephews. Mike was preceded in death by his in-laws, Al and Pearl Nowak and his beloved dog, Gibbs, who went before him just a few weeks ago.

A Mass of Christian Burial will take place 4:00 PM Tuesday, December 14, 2021 at St. Mary Cathedral where the family will visit with friends beginning at 3:00 PM. In lieu of flowers, memorial contributions may be made to the NMSAS Recovery Center for which we are eternally grateful. Please share your memories and personal messages with the family at www.gaylordfuneralhome.com

To order memorial trees or send flowers to the family in memory of Michael D. Tarbutton, please visit our flower store.