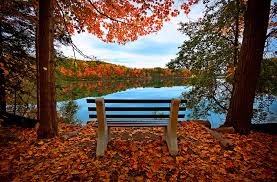 Michael Eugene Bennett, 74 of Topinabee, passed away on Thursday, September 30, 2021.

Born on November 18, 1946 in Detroit, he was the son of Michael and Irene (Warwick) Bennett.  He grew up in Redford and was a graduate of Redford High School.

On August 4, 1967, Mike was united in marriage to Kathleen Lesh in Detroit.  In the late 1970’s they moved their family to Gaylord.

Mike worked as an HVAC technician for many years at Old Kent Bank in Gaylord and later at the Odawa Casino in Petoskey.  Later Mike and Kathy moved to Topinabee.

In his spare time he enjoyed camping and fishing with Kathy.

Mike’s survivors include Kathy, his wife of 54 years; his sons, Brian Bennett and David (Kristie) Bennett both of Gaylord; and granddaughters, Grace and Kloe Bennett of Gaylord.

In keeping with his wishes, Mike’s family will remember him privately.

Arrangements are by Gaylord Community Funeral Home & Cremation Service.  Please share your messages and personal messages with the family at www.gaylordfuneralhome.com

To order memorial trees or send flowers to the family in memory of Michael E. Bennett, please visit our flower store.
Send a Sympathy Card