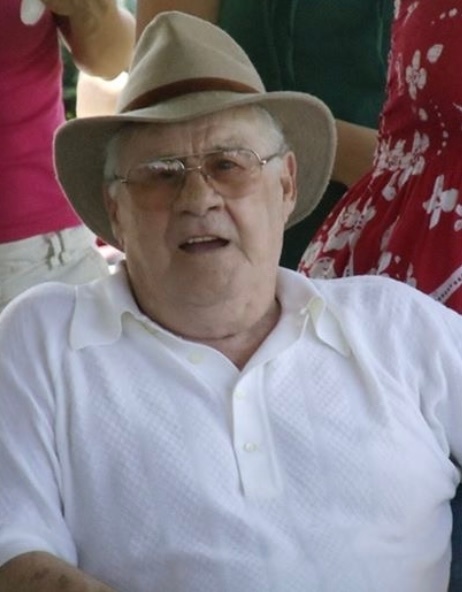 Ichabud "Nick" L. Goff, 88 of Gaylord, passed away on Thursday, April 15, 2021 at McLaren Northern Michigan in Petoskey. Born on May 23, 1932 on the family farm in Vanderbilt, he was the son of William and Eva (Holborn) Goff. He grew up in a hard-working family with 9 brothers and 8 sisters.

Nick was a carpenter and builder by trade and later, ran a family convenience store for more than 20 years with his daughter, son-in-law and granddaughter. Though he spent much of his time working, he always found time for his bowling leagues or a round of golf. An avid sports fan, he never missed watching the Detroit Tigers or Lions.

He was the strong patriarch of his family, a loving father, grandfather and great-grandfather. He was a loyal and loving friend who would give the shirt off his back to a stranger.

He was preceded in death by his parents; his daughter, Connie Sullivan; his son, Dennis Goff; eight brothers and six sisters.

Nick was a strong, proud and good man. He was “Always The Hero” to his granddaughters and he will be loved and missed by many.

A graveside service at Fairview Cemetery will take place at 1:00 PM May 8th (his daughter’s birthday).

Please share your memories and personal messages with the family at www.gaylordfuneralhome.com.

To order memorial trees or send flowers to the family in memory of Nick L. Goff, please visit our flower store.