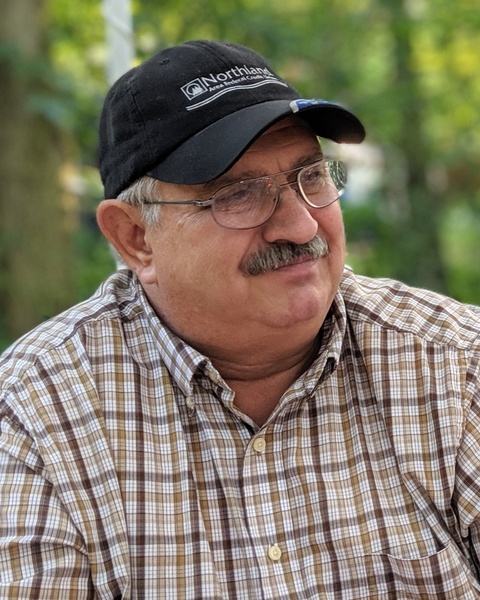 He graduated from Rogers City High School and married his high school sweetheart, Debra Brzezinski, in Rogers City on June 13, 1975, at St. Ignatius Church.  Noel enlisted in the United States Army, serving for two years in Heilbronn, Germany, as a Pershing Missile Specialist. He was awarded Soldier of the Month 6 times, earning a trip to East Germany and crossing the Iron Curtain. He served two years at Ft. Sill, Oklahoma, as a Sergeant performing his duties as a Pershing Missile Instructor, earning the Good Conduct Medal and Senior Pershing Missile Professional Certificate. After discharge from the Army, he moved to Gaylord, where he worked at Champion Products Company and Standard Products Company before working at Weyerhaeuser in Grayling for 34 years as a wood mill operator. His dedication to the profession and mill earned him the nickname “Mr. Weyerhaeuser” by his co-workers.

Noel often shared his love of farming, hunting, fishing, and camping with those closest to him, whether his wife, children, friends, or, oh yes, even the absolute stranger willing to listen. He loved camping with his family and friends. You could find him manning the fire, being the grill master over his homemade grill, and not to mention telling many of his infamous stories around bonfires.

Traveling was another family occurrence, and he was notorious for not wanting to ask for directions, which led to many “Altman Adventures.” This traveling took Noel and Debbie to places like Alaska, Niagara Falls, Smokey Mountains, and Germany. Albeit Uncle Sam sponsored the Germany trip!

Noel was a fierce card player and would tell you if you played wrong or out of turn. He enjoyed umpiring Little League games and may be the only one to say that. He was known to give back to others as well. His participation in Big Brothers Big Sisters, as a blood donor, and a compass instructor with the Otsego County Sportsman Club was evidence.

He was preceded in death by his parents, brother Harlow Altman; granddaughter Lilian Altman and “adopted mother,” Frau Maria Martin of Germany.

Visitation will take place from 5 to 8 PM Friday, September 9, 2022, at Gaylord Community Funeral Home & Cremation Service. A Celebration of Life Service will occur at the First United Methodist Church at 11 AM Saturday, September 10, 2022, with visitation beginning at 10 AM. In lieu of flowers, memorial contributions may be made to the First United Methodist Church of Gaylord, Otsego County Veterans Affairs, or the American Red Cross.

Please share your memories and personal messages with the family on his guestbook below.
To order memorial trees or send flowers to the family in memory of Noel A. Altman, please visit our flower store.