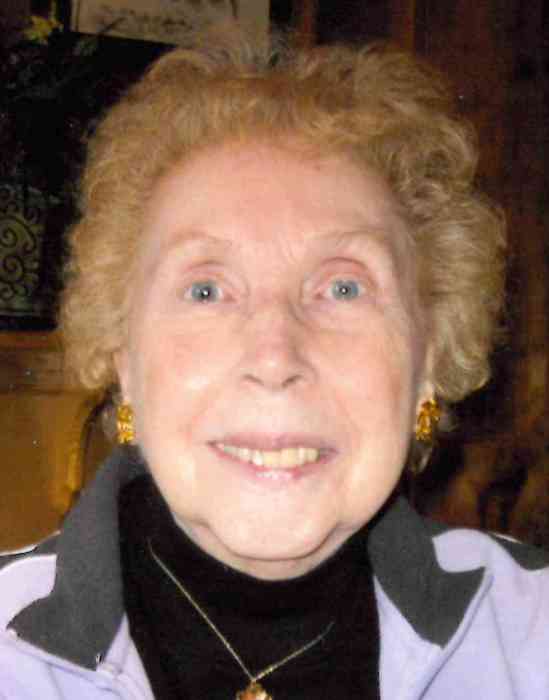 Orrilla E. Cave, 93 of Gaylord, passed away on Wednesday, October 16, 2019 at Northland AFC Home in Vanderbilt.

Born in Detroit on October 24, 1925, Orrilla was the daughter of John and Alice (Holcomb) Rowe.

On June 2, 1944, she married the love of her life, Robert L. Cave.  She was a devoted wife, mother and grandmother for whom family always came first.  As a young teen and young mother she was very active in her church, Martha Holmes Methodist Church in Detroit, as a choir member and soloist and as youth choir director.

After her youngest child, Cathy, was in college, Orrilla received her Realtor’s license and worked in real estate at Mayfair Realty in Livonia.  Later, in retirement, Bob and Orrilla moved to Gaylord.

She was preceded in death by Bob, her husband of 68 years in 2012.  Surviving is her daughter, Cathy (Darren) Huegel of Gaylord; her son, Jim (Sally) Cave of Edgewood, WA; grandsons, Jonathan Cave, Alex Huegel and Casey (Mindy) Huegel; a brother, James Rowe and four nieces and their families.  She was also preceded in death by a son, Dennis Cave and a sister-in-law, Patricia Rowe.

In keeping with her wishes, her family will remember her privately.  Those who wish are asked to consider memorial contributions to the Otsego County Commission on Aging.

Arrangements are by Gaylord Community Funeral Home & Cremation Service.  Please share your memories and personal messages with her family at www.gaylordfuneralhome.com

To order memorial trees or send flowers to the family in memory of Orrilla Evelyn Cave, please visit our flower store.