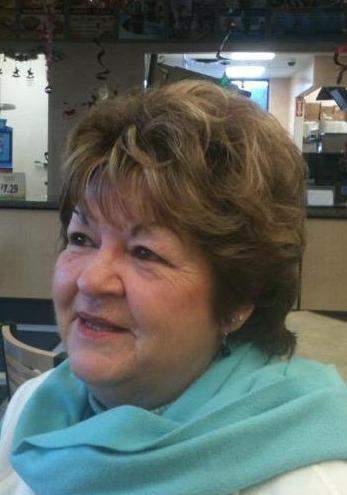 Born on April 23, 1950 in Vanderbilt, she was the daughter of Francis and Genevieve (Haworth) Paquin.

She grew up in Vanderbilt, graduating from Vanderbilt High School in 1968.  Phyllis attended Kirtland Community College and then went to work at the Otsego Presque Isle ISD for several years.  Later she worked as a bookkeeper at First National Bank, then as the office manager at Graham Motors which later became Bridgeway Cummins Sales & Service until her retirement.

She was a member of Life Church in Gaylord.  For Phyllis, family always came first, though she also enjoyed camping, bowling, golf and playing bingo.

Surviving is her husband of 48 years, James “Skip” Howard; her sons Scott (Melissa) Howard and Jeremy (Christina) Howard both of Gaylord; a step son, Matthew (Brenda) Howard of Dayton, OH; grandchildren, Noah, Alexis, Kiera and Alyssa; a brother, John (Susan) Paquin of Gaylord; sisters, Eleanor (Larry) Bennett of Vanderbilt, Darlene (Al) Badour of Vanderbilt, Jill (John) Wyer of Horicon, WI and Linda Burr of Debarry, FL; and several nieces and nephews.  She was preceded in death by her parents; a sister, Gayle Gordon; a step daughter, Jennifer Howard and her mother and father-in-law, Robert and Eileen Howard.

At her request, Phyllis’ family will remember her at a private family gathering.  Those who wish are asked to consider memorial contributions to the American Cancer Society.

To order memorial trees or send flowers to the family in memory of Phyllis K. Howard, please visit our flower store.