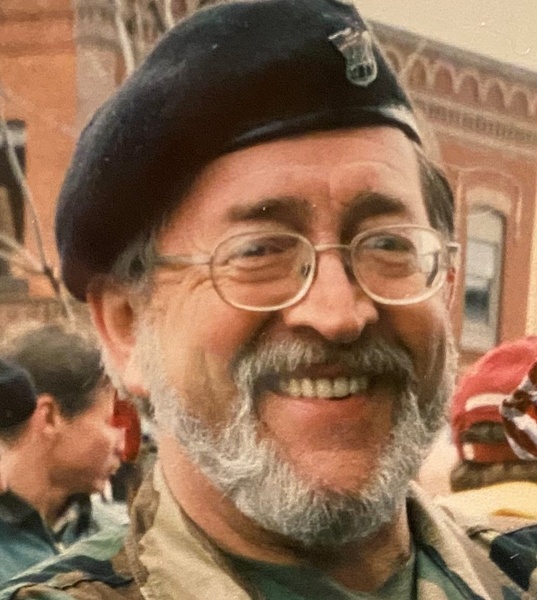 Born in Grayling on August 27, 1948, Ray was the son of Wayne G. and Maude M. (Benjamin) Gilmore. He grew up in Gaylord and was a 1966 graduate of Gaylord High School. He also attended Northern Michigan University.

Ray served his country honorably in the U.S. Army during the Vietnam War, serving in country for a year. Throughout his life he remained a proud veteran and staunch supporter of Vietnam veterans.

Ray was a longtime employee of Glen’s Markets, which in his last years became Family Fare. He was dedicated to his work and proud to reach his 50th anniversary with the stores, retiring after 52 years.

In his spare time he enjoyed playing golf, woodworking and working in his yard and flower gardens.

He was a member of Vietnam Veterans of America, Veterans of Foreign Wars, Gaylord Elks lodge and an honorary member of Ancient Order of Hibernians.

Ray was preceded in death by his parents and a grandson, Andrew Jacob Neph.

A Memorial Service will be held at First United Methodist Church, in Gaylord on Saturday, September 24, 2022,  with visitation starting at 10 AM and the service at 11 AM.  A luncheon will follow in the church hall.  Those who wish are asked to consider memorial contributions to VFW Post #1518 in Gaylord.

Please share your memories and personal messages with the family on his tribute wall.

To order memorial trees or send flowers to the family in memory of Raymond F. "Gilly" Gilmore, please visit our flower store.