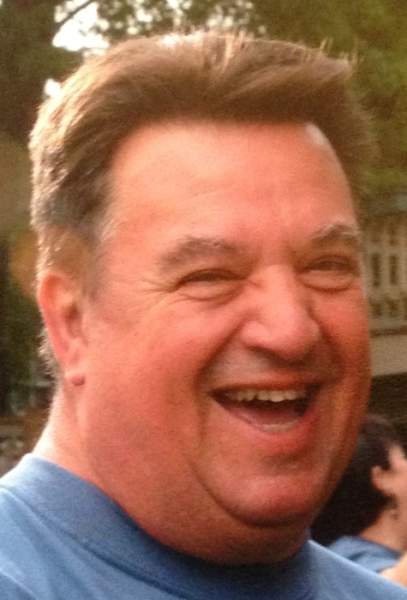 Robert H. Chadwick, 74 of Wolverine, passed away at home on Friday, June 14, 2019 surrounded by his loving family.

Born in Detroit on October 26, 1944, Bob was the son of Hiram L. and Margaret P. (Derby) Chadwick.  He grew up in Detroit and Dearborn and was a graduate of Fordson High School.

On June 16, 1965 Bob married the love of his life, Patricia Ann Adams in Dearborn.  They lived in Redford and Dearborn during Bob’s 30 year career as an engineer at Ford Motor Company.  After retiring in 1996, he and Pat moved to their home on Wildwood Lake in Wolverine that they had purchased in 1989.

Bob loved his life on Wildwood Lake.  He served as President of the POA and was always involved in various projects in the community. He formed many treasured relationships around the lake over the past 30 years.

Bob remained very active in retirement; he was Nunda Township Supervisor and a member of the Cheboygan County Road Commission.  In his spare time he always enjoyed pursuing his interest in playing golf and tinkering with anything automotive.

He is survived by his loving wife, Pat; his daughters, Mary (Ron) Parker of Gaylord and Maureen (Philip) Trujillo of Farmington Hills; his grandchildren, Hannah Parker, Nicholas Parker, Audrey Trujillo and Philip Trujillo;  his in-laws whom he embraced as his own siblings : Anthony (Kathleen) Adams, Angela Adams, Luci Adams, Karen (Kenneth Feld) Adams, Kevin (Carol) Adams, a sister, Norma Fox and several nieces and nephews.  He was preceded in death by his parents and sisters, Beverly Willis, Barbara McClarty and Nancy Sherman.

A Mass of Christian Burial will take place at 11:00 AM Friday, June 21, 2019 at the National Shrine of Cross in the Woods in Indian River where the family will visit with friends beginning at 10:00 AM.  In lieu of flowers, those who wish are asked to consider memorial contributions to Brave Hearts Estate, a retreat for veterans in Pellston.

To order memorial trees or send flowers to the family in memory of Robert H. Chadwick, please visit our flower store.