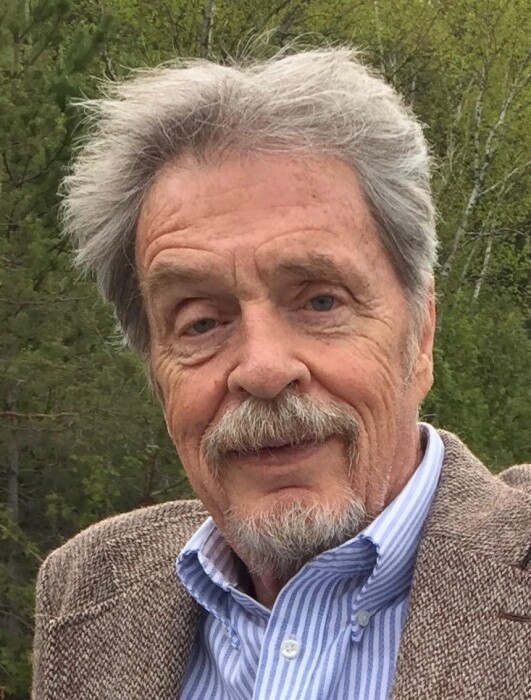 Robert (Bob) Henry Elliott, Jr. of Petoskey, MI passed away suddenly on the evening of August 22, 2020. He was born on February 18, 1943 in Detroit, Michigan and was predeceased by his parents, Robert Henry Elliott, Sr. and Jean Etta Lockwood Elliott, as well as his brother, Clayton Frederick Elliott.

After growing up in Detroit, Bob attended Eastern New Mexico State University and then returned to Michigan where he had two sons and began a career in radio, television, and voice acting. He moved to Cleveland, where he worked as a local DJ, before settling in Houston, Texas.

Energetic, gregarious, and creative at heart, Bob found ways to live life to its fullest wherever he went. For instance, he once happened upon the national championship stone-skipping competition, signed up on a whim to compete, and won. He also took up music later in life, learning guitar, piano, and harmonica, and started traveling the country to harmonica festivals. Bob put his creativity to work in his career as well, working as an advertising voiceover actor for brands like Ford, Gordon’s Jewelers, and Star Furniture while being represented by Pastorini-Bosby Talent. He did additional voiceover work for films and documentaries.

In Houston, Bob raised a daughter and made many lifelong friends as an active member of the Northwoods Unitarian Universalist Church. Later, he moved to Petoskey in his home state of Michigan, where he’d always dreamed of living. As he did wherever he went, Bob became an involved and beloved member of the community, volunteering for and attending the annual Blissfest music festival as well as joining the Unitarian Universalist Congregation of Petoskey. At the UUCOP, Bob served a term as board president and regularly put his radio voice to use for service readings. Bob also continued his voice career during his Petoskey years by collaborating with documentary filmmaker George Colburn on three films: “The Navajo Code Talkers”, “Dwight D. Eisenhower”, and “Young Hemingway”.

An outdoor celebration of life will be held in Cheboygan, MI on Saturday, October 3rd at 11:00am. Please RSVP to J. Elliott at jcelliottpac@yahoo.com for the address and to help the family plan social distancing and other Covid-related requirements. Further details regarding the service can be found at www.gaylordfuneralhome.com

To order memorial trees or send flowers to the family in memory of Robert H. Elliott Jr., please visit our flower store.
Send a Sympathy Card