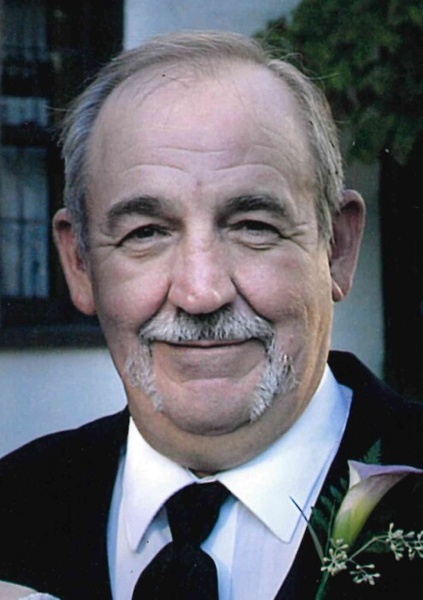 Robert L. “Bob” Robinson, 75 of Gaylord, passed away on Saturday, December 12, 2020 at University of Michigan Medical Center in Ann Arbor.

He grew up in Melvin and was a 1963 graduate of Yale High School.  Bob furthered his education at Oakland Community College where he received his Associates Degree in Industrial Management.

On August 7, 1965 he was united in marriage to Nan M. Heaton at Guardian Angel Catholic Church in Clawson, Michigan.  Bob and Nan lived many years in Lapeer and Clinton Townshp where they raised their family.

Bob retired in 2005 from General Motors where he worked as an Engineer in Emissions.  After retiring he and Nan moved to Gaylord where they built their retirement home.

In his spare time, Bob enjoyed hunting with his family and friends and many other outdoor activities.  He enjoyed playing softball and golf, hunting for golfballs and “making saw dust”.  He always enjoyed the company of family and friends.

Bob is survived by Nan, his wife of 55 years; his children, Anthony R. (Carol Monkowski) Robinson and Tracy L. (Daniel) Abbate all of Oakland; a granddaughter, Harper F. Abbate of Oakland; brothers, Mitch (Laura) Robinson of Yale and Dwight (Rosemary) Robinson of Midland; a sister-in-law, Carolyn Robinson of Florida; and several nieces and nephews.  He was preceded in death by a brother, Phillip Robinson.

In keeping with his wishes, Bob’s family and friends will remember him at memorial gathering that will be scheduled later.

In lieu of flowers,those who wish are asked to consider donations to the Rogel Cancer Center Bone Marrow Transplant Gift Fund at the University of Michigan. Checks may be made to “University of Michigan” and sent to the Michigan Medicine Office of Development, 1000 Oakbrook Dr., Ste. 100, Ann Arbor, MI 48104. You may also call 734-764-6777 or visit the website  victors.us/robertlrobinson to make your gift.

To order memorial trees or send flowers to the family in memory of Robert L. Robinson, please visit our flower store.
Send a Sympathy Card