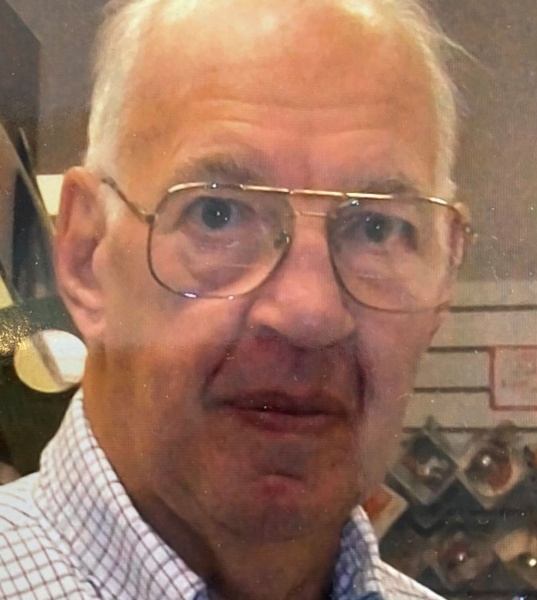 Roger Northon Beckley was born on August 24, 1934, and left this dimension on January 29, 2022.  The youngest of three children born to Clifford E. and Marguerite (Northon) Beckley. From the time he was a young kid, Roger preferred the out of doors as a place to spend his days. He graduated from Petoskey High School, where he excelled in sports, football being his main love. He was part of the Northmen’s undefeated team of ’52-’53, a tackle to be reckoned with. Roger’s interest in chemistry led him to U of M in chemical engineering. However the size of classes and the campus in general, led him to pursue his final chosen career in Pharmacy at Ferris State University.

His first job was in Onaway, followed by many years in the Petoskey/Harbor Springs area. Even upon his “retirement”, Rog worked 15 more years, filling in at Kelbel Pharmacy. He liked everyone, and always had a ready smile and funny comment. Rog married the love of his life, Elizabeth (Jean) Clark, and together they raised their daughter, Toni.

When work wasn’t on the agenda, SAILING WAS!!! His was a familiar face at Irish boat shop and the Harbor Springs waterfront through the years, as two of the three boats he owned were tied at mooring #1. He was always good for a sailing story, and loved to rush through the waters of Little Traverse Bay heeling, with rails under. You could tell just how exhilarating the experience was by his exuberant recall of the recent outing!  He was a member of the local power squadron, the Little Traverse Bay Yacht Club, and Little Traverse Civic Theatre. Roger also enjoyed downhill and cross country skiing, as well as he and Jean’s yearly visit to Puerto Vallarta, for some fun in the sun.

Roger was the BEST DAD, Grampa, Papa; and loved family time with picnics in BayView, and front porch discussions of life. Sipping on a bourbon on the rocks was his “go to” way to end the day. He will be sadly missed by family and friends.

Roger is survived by his daughter, Toni (Lewis) Fisher JR, grandchildren Lewis (Paige) Fisher III , Libby (Andy) Lince, and Sarah (Eddie) Vargas. He is also survived by eight great grandchildren, several nieces and nephews, two sisters in law, and several cousins. He was predeceased by his wife, Jean, his parents, and two siblings.

Per Rogs request, a family celebration of his life is scheduled for a later date. If you wish to remember Rog by donating to a cause near and dear to his heart, please consider the Little Traverse Bay Humane Society or North Central Michigan College.

And at the end of the day, raise your glass in a toast to freedom! Until we meet again, keep that mainsail trimmed……”ready about! Hard alee!”

To order memorial trees or send flowers to the family in memory of Roger N. Beckley, please visit our flower store.