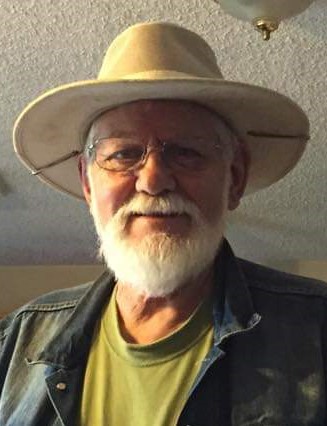 Roger Lawrence Heyer, 75 of Cheboygan, passed away Saturday, April 18, 2020 at McLaren Northern Michigan in Petoskey.  He had very recently moved to Cheboygan from Lapeer.

Born in Grosse Pointe Farms, Michigan on November 13, 1944, Roger was the son of William and Evelyn (Miller) Heyer.  He grew up in Royal Oak, Michigan.

Roger retired in 2009 from Form Tech Industries in Royal Oak where he worked for more than 35 years.  He had also worked at Metaldyne Corporation.

Roger enjoyed spending time with his family and friends, his dog Buddy and feeding all the wild animals outside. He would go out of his way to make sure he had food for them.  His heart was very strong for nature. He enjoyed Ping-Pong, which was extremely hard to beat him at, and other games such as scrabble and pool. He also enjoyed hunting with his brother, Doug Heyer. He carried an extreme respect for our veterans and would personally thank them for their services when he met one. He loved to plant his own trees on his property and was very proud of them.  He also loved watching boxing and football and never wanted to miss an episode of Jerry Springer!  Roger could make anyone laugh just through his sweet young soul.  He will be so dearly missed by uncountable people.  Anyone that knew Roger loved Roger.  May his beautiful soul rest in peace.

Roger was preceded in death by his wife Donna Marie (Quisenberry) Heyer.  He is survived by many family and friends. In keeping with his wishes, his family and friends will celebrate his life at a gathering later.

Arrangements are by Gaylord Community Funeral Home and Cremation Service.  Please share your memories and personal messages with his family at www.gaylordfuneralhome.com

To order memorial trees or send flowers to the family in memory of Roger L. Heyer, please visit our flower store.
Send a Sympathy Card