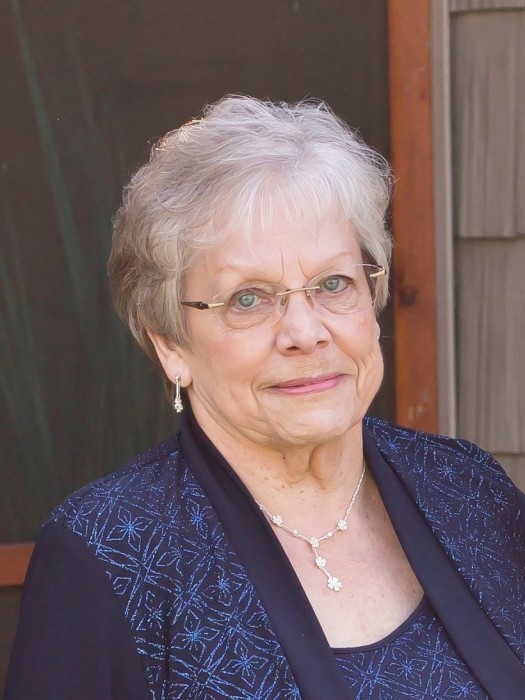 Born in Gaylord on May 20, 1941, she was the daughter of Maynard and Helen (Cherwinski) O’Rourke.

Sally worked for 32 years at Van Products in Vanderbilt, retiring in 2006.  In retirement, she worked part time at the Salvation Army store in Gaylord until 2019.

Sally loved spending time with her family.  She especially enjoyed time spent camping, family bonfires in the summer and snowmobiling in the winter.  She will be remembered for her love of cooking, baking, playing cards, casino trips and playing bingo.  Sally always made an effort to attend her family’s sporting events.

She was preceded in death by her husband, Greg, on July 11, 2013.  Surviving are her children, Alan Hash, Audrey Hash and Aimee (Jason) Wenzel all of Vanderbilt; grandsons, Trenten, Trace and Thomas Teeling all of Vanderbilt and step grandchildren, Nick Wenzel of Vanderbilt and Lily Wenzel of Gaylord.  Also surviving are sisters, Irene (Bob) Green of Houghton Lake, Peg Renner of Houghton Lake and Marion (Ken) Cottrell of Gaylord; sisters-in-law, Janet Hash of Vanderbilt, Carla Wright of Winter Haven, FL, a brother-in-law, Tim (Angie) Hash of Manchester, TN; and several nieces and nephews.

Sally was also preceded in death by her parents; a brother, Robert O’Rourke; and brothers-in-law, Bill Renner, Steve Hash and Jim Wright.

A memorial service will be held at 11:00 AM Saturday, July 11, 2020 at Vanderbilt Community Church.  Interment will follow at Evergreen Hill Cemetery in Vanderbilt.  Those who wish are asked to consider memorial contributions to Hospice of Michigan.

To order memorial trees or send flowers to the family in memory of Sally Hash, please visit our flower store.