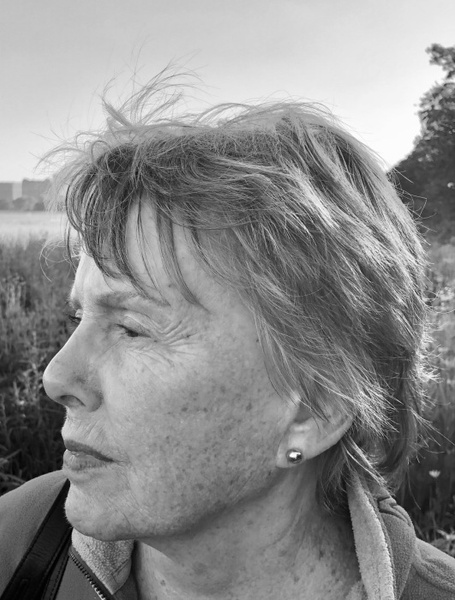 Sandra Ann Snyder, née Dennison, of Pellston, Michigan, passed away on September 19, 2019 at the age of 78.

Sandy was born in Anderson, Indiana and moved to Indianapolis to attend Butler University.  She was a proud Bulldog and Vice President of her sorority, Kappa Kappa Gamma.  After graduating with Bachelors in Education and a Masters in Guidance Counseling she taught English at Ben Davis High School. She married fellow Bulldog, Phil Speicher, and they celebrated the birth of their daughter, Leslie Ann Speicher in 1970.

After separating from Phil, Sandy taught English and Literature to High School students, night school students and inmates of the local prison, all the while, raising her daughter as a single mother.

She then met and married Dr. David Lozow in Carmel, IN in 1974. A few years later, while running the household, she used her talents as a chef to start her own catering business and highly regarded restaurant, ‘The Classic Kitchen’. She loved being an entrepreneur and continued her passion for educating others by teaching cooking classes. Sandy, Dave, Leslie and beloved dog, Benji, often traveled between their homes in Good Hart, MI and Carmel, IN. After selling her restaurant and retiring from her catering business they moved to Pinehurst, NC where Sandy worked at a local animal shelter and focused on her desire to help care for animals. It was there that she met, Lucy, her loving canine companion. Eventually, Sandy and Lucy resettled in Harbor Springs, MI.

In Harbor Springs, Sandy moved into an artistically restored former church and was the manager of Tvedten Fine Art Gallery. She became a part of the community and it was there she met her special friend, Don Johnson who sadly, predeceased her.  She enjoyed bringing Don and his children, Michael Johnson and Julie Rocap, together with Leslie.

Leslie and Sandy were able to spend much more time together once Sandy moved to Harbor Springs.  As Leslie developed into a well-regarded artist, Sandy supported her dreams and aspirations unconditionally. The two of them were best friends as well as Mother and Daughter.  They loved to go to movies, visit antique shops, travel and spend time with each other. Sandy and Leslie were the constants in each other’s lives.

Fifteen years ago, mutual friends set Sandy up on a blind date with the man with whom she was destined to spend the rest of her life. Stephen Snyder discovered that both he and Sandy were born and raised in Anderson, IN. Although they had never met, their families had crossed paths many times. The first thing Steve noticed about Sandy was her brilliant smile.

Sandy and Steve loved to travel and go antiquing together. They always told each other the truth and truly loved and appreciated each other. Sandy and Steve split their time between the communities of Pellston, MI and Myrtle Beach, SC. Sandy converted to Catholicism after she married Steve and they were active at both St. Clement in Pellston and St. Andrew’s in Myrtle Beach. They had a great time entertaining with their mutual love of cooking and preparing special dishes and meals for friends and loved ones. They spent quiet time watching British comedy (especially Downton Abbey) and having “dessert intermissions” every hour and a half or so. Sandy loved to read and could often be found with her nose in a book.

The Snyder clan lovingly adopted Sandy as their own and included her in their rotating Christmas tradition, for which she and Steve searched for angel figurines continuously throughout the year preparing to host last year’s Christmas.  She loved being called ‘Grandmother’ by Steve’s eldest daughter’s children, also known as “the boys”, and she considered them her grandchildren.

Making people happy made Sandy happiest. She always thought about others before herself.

Sandy is preceded in death by her parents, Dwain and Celeste Dennison. Sandy will be dearly missed by her husband and loving companion, Stephen Joseph Snyder of Pellston, MI; daughter and best friend, Leslie Ann Speicher of Chicago, IL; sister, Lana Kay Dennison of Boulder, CO; step-daughters, Mary Catherine Crumlich (David) of Columbia, SC and Elizabeth Ann Snyder of Cape Coral, FL; Grandsons, Zachary and Noah Crumlich; and a host of other family and friends.

Services to celebrate the incredible life Sandy lived will be as follows:  Visitation will be held from 5:00-7:00 PM Tuesday, September 24, 2019 at Sacred Heart Catholic Church, 4989 Polish Line Rd, Cheboygan, MI  49721, where the Rosary will also be recited at 6:00 PM.  A Mass of Christian Burial will be held at the church at 11:00 AM Wednesday, September 25, 2019, co-celebrated by Father Duane Wachowiak and Father Jim Gardner.  Those who wish are asked to consider memorial contributions to McLaren Hospice or Little Traverse Bay Humane Society. There will also be a Celebration of Life in Indianapolis, Indiana at the Gothic Chapel of Crown Hill Cemetery on Saturday, November 2, 2019 at 1:00pm.

To order memorial trees or send flowers to the family in memory of Sandra Ann Snyder, please visit our flower store.