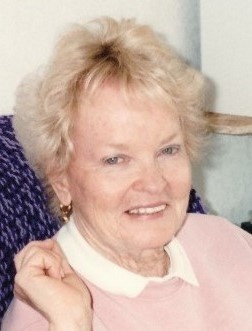 Sarah Jane Stonhouse, 91, of Alanson, formerly of Tawas, passed away Wedensday, April 29, 2020 at her sons home with family at her side

Sarah was born in Flint, Michigan on May 17, 1928, the daughter of Andrew and Lottie (Hoffman) Saiko.  On June 3, 1950, she married Robert L. Stonhouse in Flint.  She was a homemaker and raised four boys she loved and protected dearly.  While raising a family, she went back to school to earn an Associate Degree in Nursing, graduating in 1964.  She worked at McLaren and Hurley Hospitals in Flint and retired in 1980.  After retirement, Sarah and her husband spent their winters in Jenson Beach, FL and summers at their lakefront home in Tawas.  Robert preceded her in death in 2012.

Sarah was a loving wife, mother and grandmother; spending time with family brought her great joy and her grandchildren meant the world to her.  She loved entertaining, working crossword and jigsaw puzzles, spending time in the kitchen and her flower gardens at her Tawas home.  Sarah was able to live these last 7 1/2 years with her son, Bill and his wife Catherine, where she received loving care from his family.

Sarah is survived by three sons, Bill (Catherine) of Alanson, Marty (Terri) of Durand, and Rodney of Tawas; grandchildren Mattisen (Austin) Halliday of Boston, Massachusetts, Wyatt, Quinton, and Lance Stonhouse of Alanson, and Joe Sak of Guadalajara, Mexico; and several nieces and nephews.  She was preceded in death by her parents, husband, eldest son Bobby, brothers Carl and Fran, and sisters Eunice and Ethel.

A family memorial gathering will be held at a later date and she will be laid to rest alongside her husband and son at Alabaster Township Cemetery, Tawas. Those who wish are asked to consider memorial contributions to McLaren Hospice, Petoskey.

To order memorial trees or send flowers to the family in memory of Sarah Jane Stonhouse, please visit our flower store.