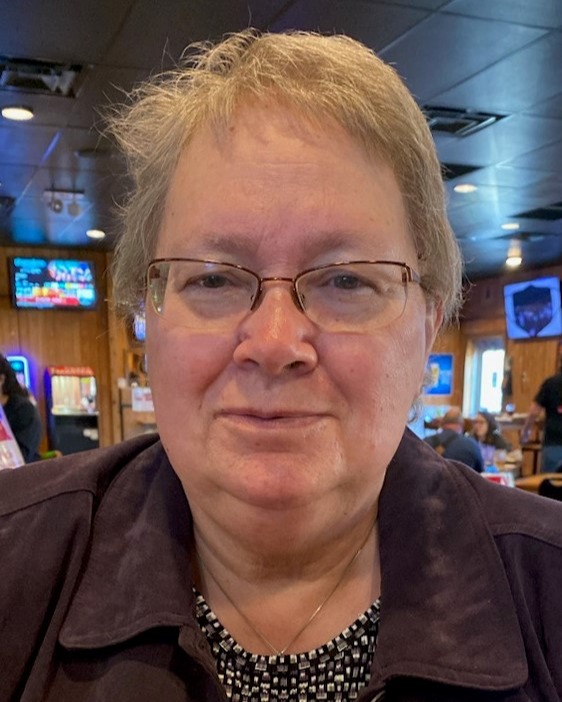 Sharon was brought into this world on July 25, 1952.  She was the eldest daughter of Margie and Calvin Hieber.  She was raised in Wolverine by her grandparents Mamie and Harry Welling before moving to Fowlerville, MI.  Following high school, Sharon moved back north with her grandmother.

On October 7, 1972 she married the love of her life Wayne Joles in Wolverine.  Following their marriage, the couple initially made their home in Wolverine, later moving to Houghton, MI where Sharon attended Michigan Technological University where she obtained both her undergraduate and Master’s degree in Analytical Chemistry.  In 1996, the Joles’ family relocated to Plainwell, MI where Sharon was blessed to hold the position of Environmental Director at DLD, Inc. for over 25 years until her retirement in 2021.

Sharon is a member of the Restorationist Branch of the Reorganized Church of Jesus Christ of Latter Day Saints in Dowagiac, MI.

Sharon is survived by her daughters Heather (Bryan) Crummel of Paw Paw and Jessica (Heath) Slater of Wolverine, her sisters Ruthann Ormsbee and Helen McClanahan and sister-in-law Virginia Joles. She is the adored Grandmother to Michael (Sydni) Schwandt, Brandon Schwandt, Madilynn and Sawyer Crummel, Connor and Emma Slater and the Great Grandmother to Raegan Schwandt.  She was also blessed with many nieces and nephews and many friends who she considered family.

Sharon was preceded in death by her husband and parents.

Contributions in memory of Sharon Joles may be made to the family through Gaylord Community Funeral Home & Cremation Service, P.O. Box 249, Gaylord, MI  49734.

Please share your memories and personal messages with the family on Sharon's guestbook, below.

To order memorial trees or send flowers to the family in memory of Sharon Irene Joles, please visit our flower store.