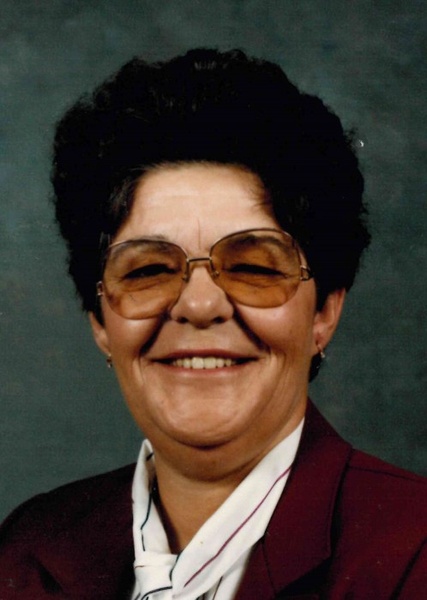 Shirley Ann Summerland, 83 of Lewiston and formerly of Johannesburg, passed away Thursday, December 26, 2019 at Mid-Michigan Medical Center in Alpena.

Born in Warren, MI on December 7, 1936, Shirley was the daughter of Glen and Lucy (Fisher) Renodin.  At a young age she moved with her family to Atlanta.

On December 19, 1953, Shirley and Merle R. Summerland were united in marriage at the Heatherton Church.  They lived on the Summerland family farm in Johannesburg for over 60 years, raising their family of four children.  After they had both retired, Shirley and Merle moved to Gould City in the Upper Peninsula.  After Merle’s death in 2017, Shirley moved to Lewiston.

Shirley enjoyed attending Life Church in Gaylord.  She was an avid reader and enjoyed working with ceramics.  Her greatest love was her family and she especially enjoyed spoiling her grandchildren.

She was preceded in death by her husband Merle, on October 30, 2017.  Surviving are her children, Sena “Punkie” Black of Gaylord, Mary Lane of Johannesburg, Merle G. Summerland of Gaylord and Elaine Webber of Alpena; grandchildren, Chris (Patty) King, Ashley Black (Mike), Lisa (Kenny) Tabaka, Amanda Lane, Harley Lane, Heather (Blake) Hulsey and Trevor Switalski (Eryn); seven great grandchildren; a brother, Bobby; a sister, Janet and many nieces and nephews.  In addition to her parents, she was preceded in death by ten brothers and sisters and by two son-in-law, William Lane and Vern Black.

To order memorial trees or send flowers to the family in memory of Shirley Ann Summerland, please visit our flower store.