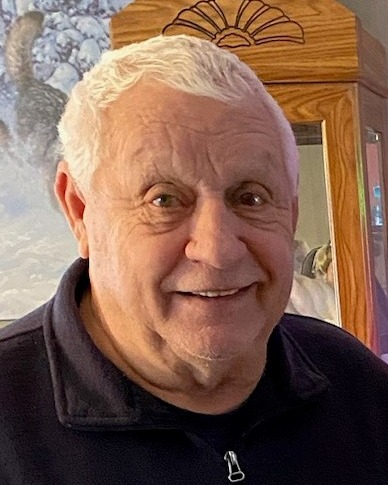 Born on January 3, 1947, in Vanderbilt, he was the son of Joseph and Anna (Balnites) Siwecki.  He was a lifelong area resident.

After graduating from high school, Stan served with honor during the Vietnam War in the United States Army.

His career in construction began working with his brother, Henry, before later starting his own business, SA Construction.

In his spare time, Stan enjoyed woodworking and visits to area casinos.  He was an avid sports fan who especially enjoyed watching baseball, basketball, football, and hockey.  Stan was a caring and generous man, always willing and ready to help others.  He was a parishioner at Holy Redeemer Catholic Church in Vanderbilt and St. Mary Cathedral in Gaylord.

Stan is survived by his wife, Theresa; a son Adam Siwecki also of Vanderbilt; a granddaughter, Addison; a sister-in-law, Marie Siwecki and several nieces and nephews.

Stan was preceded in death by his parents; brothers, Henry and Edward Siwecki and Joseph Balnites; and sisters, Frances Jackson, and Marie Freeland.

Please share your memories and personal messages with the family on Stan’s guestbook, below.

To order memorial trees or send flowers to the family in memory of Stanley A. Siwecki, please visit our flower store.