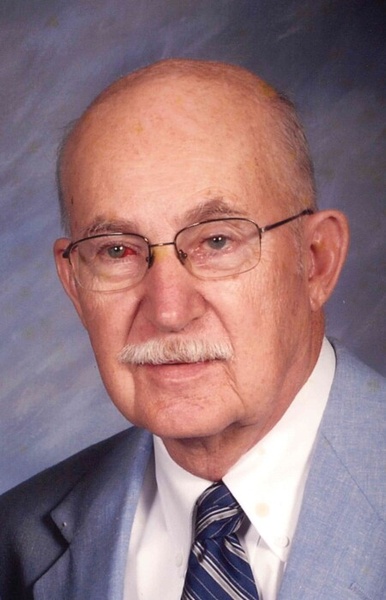 Stan proudly served his country in the United States Air Force. In 1956 he served in England and the following year served during the Suez Crisis. Following his military service, Stan worked for Chrysler as a chief engineer of Dodge Truck. His final project was engineering the Dodge Dakota pickup truck before retirement in 1989. His staff truly enjoyed working with him and five of the employees retired when he did as they did not want any other boss.

He enjoyed collecting antique cars, especially MG’s. He loved working on the old cars and taking family for rides. He and his wife, Elaine, spent many years in their motorhome traveling across the country. They visited all 50 states and all but two Canadian provinces. He was a member of the First Presbyterian Church of Gaylord where he served on the finance committee board. He had a knack for fixing things and was known as Mr. Fixit as he had a heart for helping others.

He is survived by his loving wife, Elaine (Neilson) Crater of 65 years; his two daughters, Sharon (Ken) Wade of Johannesburg and Saundra (Joe) Sereno of Gaylord; grandchildren, Colin, Samantha, Kerry, Kendra, Kelsie, Christopher (Sheri) and Courtney. He was preceded in death by his parents, John and Janet; and his brother, Dwight Crater.

Stan was a wonderful husband, father, and grandfather. He will be greatly missed by his family. Stan made his family laugh and was always helping us figure out how to fix all our broken stuff. He always told his grandkids how proud he was of them.

The family has chosen to remember him privately. Please share your memories and personal messages with the family at www.gaylordfuneralhome.com

To order memorial trees or send flowers to the family in memory of Stanley W. Crater, please visit our flower store.