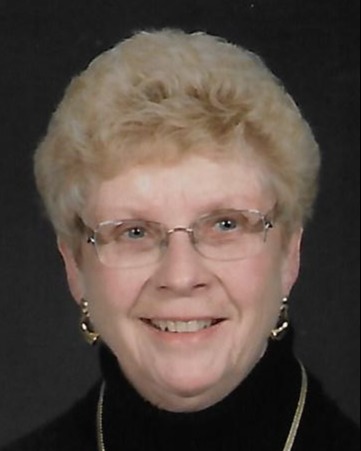 Susan Carrick, 80 of Pellston, passed away on Tuesday, October 18, 2022, at Beaumont Trenton Hospital.

Born on December 11, 1941, in Sumner, Iowa, she was the daughter of Walter and Cleone (Adams) Schult. The youngest of three daughters, Susan grew up and attended school in Sumner, IA, graduating in 1960.

After high school Susan went to St. Luke’s Methodist Hospital School of Practical Nursing in Cedar Rapids, IA and graduated as an LPN in 1963. She then moved to Denver, CO to work at St. Luke’s Hospital. Next, she moved to Honolulu, HI where she met her husband Larry who was serving in the United States Navy and stationed in HI. They were married on May 11, 1968, and lived in Alpena, MI; Key West and Jacksonville, FL; Norfolk, VA; and Marietta, GA while Larry was in the Navy. After her husband retired from the military, they moved back to Michigan, living in Saginaw, Petoskey, and eventually Pellston.

Susan was a member of the New Hope Methodist Church in Levering. She was an avid reader and enjoyed traveling, gardening, and fishing on Douglas Lake.

Surviving are her daughters, Kristina (Steven) Ferrante of Taylor, MI; Jennifer Carrick of Denver, CO; and Suzanne (Scott Curtis) Carrick of Thornton, CO; grandchildren, Kayden, Ryan, and Emerson; sister Alice (Bud) Reimler of Sumner, IA and several nieces and nephews. She was preceded in death by her husband Larry, her parents, and a sister, Gretchen (Bob) McNaughton.

To order memorial trees or send flowers to the family in memory of Susan Carrick, please visit our flower store.