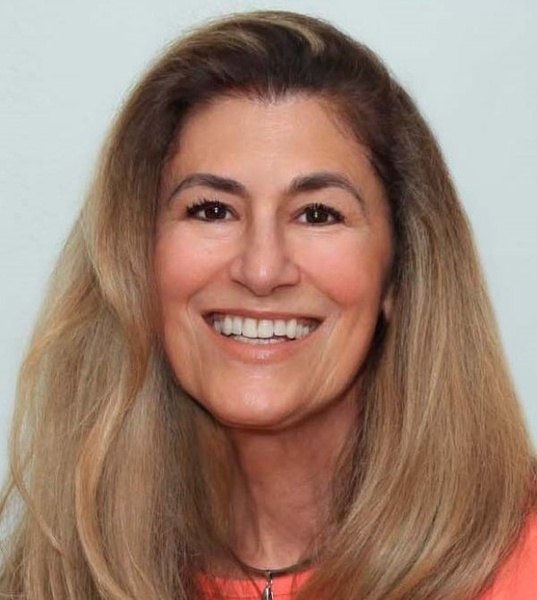 Suzanne Genix Gordon Parker was born March 24, 1949 in Jackson, MI and died  February 15, 2022 of complications from ALS. She was a resident of Charlevoix, MI and Sun City West AZ.

Her creative life began with a destructive art project that involved a tube of lipstick and a new couch for a palette and graduated to crayons on walls. Told she needed to draw on paper, she opened several books to blank pages and continued her artwork until supplied with coloring books and paper.  In later life, her art took a more creative turn, as she was asked to paint a wall for children in the Health Department in Ithaca.

Suzanne graduated from Waverly High School in Lansing in 1967. She went on to earn a BS in sociology and psychology from MSU. After falling in love as an undergrad with the teachings of BF Skinner (the Father of behavior modification) she studied behavioral psychology at U of M. Her real passion was Math and she achieved an MS in math from CMU.

She spent most of her career with the State of Michigan. Later in her career she obtained an Masters Certificate in IT Project Management from George Washington University. She attended MIT and studied three tier architecture. She became Project Manager for the automation of adult services in Michigan, where she found it thrilling to accumulate and manipulate data and analyze it. She also headed a project to make Michigan Medicare compliant. Suzanne retired from the Michigan Department of Management and Budget.

Given a choice between continuing on for a Ph.D. or becoming a pilot, she chose to get her pilot’s license. She then served as president and board member of Volunteer Mercy Pilots (VMP) and on the board of Angel Flight of Michigan and the national board of Air Care Alliance. Suzanne was a volunteer her entire life which started as an undergrad with SCOPE Students for Community Organization through people Effort by manning a center for afterschool programs for children. As the social service chairman of her sorority, Phi Mu she led the largest fraternal fund raising effort for project HOPE. As a little sister of Delta Sigma Phi she led an equally impressive fund raising effort for Beekman Center in Lansing. She was also involved as a Big Sister, and a certified consumer arbitrator for the western Michigan Better Business Bureau. Along with being a member of the Michigan Association of Student Volunteers and President of the Michigan Association of Volunteer administrators. Also various other groups. She served on both the Leelanau Commission on Aging and the Charlevoix Commission on Aging.

She loved film and media and as an undergrad received an award from the Greater Lansing Panhellenic Council for her film on Greek life, that was shown in all of the high schools in the area. She created media productions  for adult foster care, sheltered workshops, social services and the Northwest Michigan Womens Resource Center. She was one of ten people in the U.S. to win a grant from the Abby Wolf Foundation for a film highlighting medical Public Benefit Flying.

To keep herself occupied while snow birding in Arizona, she took dance lessons, classes in silversmithing and metal work, became a Mig welder, lapidarian and a consummate jewelry maker. She also learned to make wine and beer, which added to her culinary talents that began in childhood with the making of a cherry pie. Her recipe, as remembered from her mother, was to pick cherries from the tree in the yard, put them in a pie pan, light the oven, and as an added and totally unnecessary step, singe her eyebrows. Following that, she made fudge, which turned out like cement and necessitated burying the pan and contents in the backyard so as not to be discovered by her mother. Her career of cooking elaborate meals for guests started with a dinner party of undercooked corned beef. Bananas Foster  flambé at the table, swiftly leapt to a fire in the carpet. Believing that everything starts with failure, she went on to become a fantastic chef, delighting many a dinner party with her creations.

Suzanne indulged in her joy of gardening by establishing the LaCroft Condominium Garden Club to spiff up her condo grounds. For a woman who often sewed her own stunning outfits and looked amazingly beautiful, she sure liked to get down and dirty.

Suzanne enjoyed singing. She knew the melodies of most songs from the 60s and 70s. She often couldn’t remember the correct lyrics, but she and Dennis loved singing together (for their own amusement).

She believed the most important lesson is to let children know you believe in them, as her advisor at work did for her. It changed her life. She continually focused on the adage “Be kind to everyone. You don’t know what kind of war they’re fighting.” She fought her own fight with grace and dignity.

She had a fairytale marriage to Don Gordon for nearly 25 years and the fairytale continued until the end, when aviation brought her together with her current husband Dennis Parker for the last five plus years.

Suzanne is predeceased by her father Louis Genix (2000), step-father Jim Faraone (2012), husband Don Gordon (2010). She is survived by her husband Dennis Parker and his son Vincent, her mother Rosemary Faraone, brother and sister-in-law Peter and Sharon Genix, sister and brother-in-law Diana and Don Day. She was supported throughout her life and especially during her battle with ALS by her loving friends Deb Porter, Shirley Roloff, Suzanne Campbell, Carol Breed, Linda Starcher, Linda Walsh, Dale and Diane Herder, Pat Brinker, Linda Kalber and Trudy Carpenter. Suzanne was deeply loved and will be dearly missed.

There will be cremation with no service. Her husband has arranged for a Flower Basket and Pole (on the South East corner of the bridge) in her beloved Charlevoix to display a memorial plaque in her honor.

Memorial donations may be sent to the ALS Foundation and/or Wings of Mercy East.