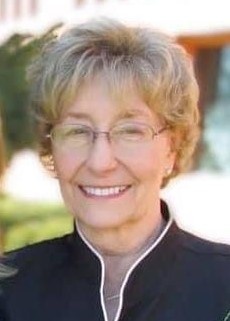 Theresa was born on September 14, 1938 in Zamosz, Poland to Maria and Florian Tyndorf.  She grew up in Poland and also lived in Germany for 11 years before coming to the United States by boat with her parents and two sisters, Mary Tyndorf Drygalski (deceased) and Lucy Tyndorf Dryja.

Theresa is survived by her significant other, Donald Tierney, sister Lucy Dryja,  her 3 children, Edward Chodorowski, Elizabeth Iafrate Wieczerza, and Henry Wieczerza, along with 3 grandchildren, Ryan Engh (24),  Rachael Iafrate (13) and Vincey Iafrate (12).  All of these she loved and touched deeply.

Theresa worked at People’s State Bank in Hamtramck as a bank teller for many years as well as at a local delicatessen/bakery.  When Theresa move to Vanderbilt in 1996, she worked in the jewelry department at Walmart and later worked at a local electrical components assembly company assembling computer motherboards.

Theresa loved to cook delicious Polish traditional dishes, sew clothing and traditional dolls, knit, crochet, work on board puzzles and jigsaw puzzles, spend her free time at local casinos playing penny and nickel slot machines.  She also had the opportunity to spend 3 months traveling around the United States from coast to coast with her significant other, Don.  She will be missed dearly by her beloved dog, Bowzer, family and friends.

The family will remember her privately.

To order memorial trees or send flowers to the family in memory of Theresa Radtke, please visit our flower store.