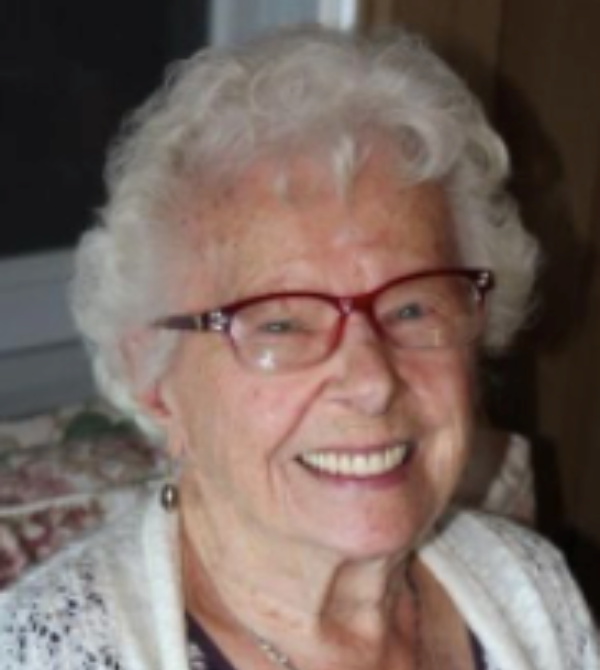 Violet A. Erat, 97 of Vanderbilt, passed away Saturday, January 15, 2022 at Medilodge of Gaylord.

The daughter of Charles and Maria Mattson, Violet was born on March 9, 1924 in Embarrass, Minnesota, the fourteenth of fifteen children, where she grew up and graduated from high school. At home, she spoke the Finnish language until she entered school where she learned English.

Violet worked for many years in various offices in Detroit prior to her retirement.

Violet was an enthusiastic gardener and an accomplished seamstress. She loved sewing for her grandchildren and the children of her nieces and nephews. She bowled in several bowling leagues with her husband in Detroit and later in Gaylord.

Her most important avocation was participation in her church life. In Detroit, she was a member of Holy Cross Lutheran Church and was active in the Ladies Aid Society and taught Sunday School. She was also a Brownie leader through the church. When she moved to Gaylord, she became a member of Trinity Lutheran church where she served on the Altar Guild and was chair for several years. She also participated in the church group called ‘cut-ups’ where she and other members pieced together fabric to make blankets for those who needed them.

In addition to her husband, Arthur, she was preceded in death by a grandson, Michael Benson; and 14 brothers and sisters.

To order memorial trees in memory of Violet A. Erat, please visit our tree store.
Send a Sympathy Card