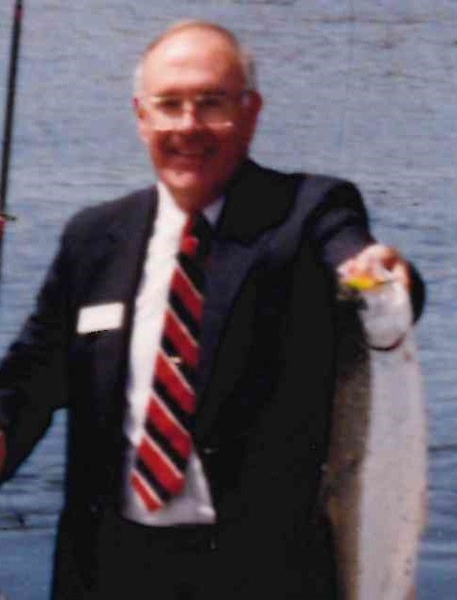 Born on January 12, 1940 in Detroit, he was the son of Walter Lyman and Anna Lenore (Holland) Anderson.  After graduating from high school, Jack went on to Capital University in Columbus, Ohio where he received a bachelor’s degree.

After returning to the Detroit area, Jack began his long career in pharmaceutical sales.  He worked at Parke Davis which was later purchased by Pfizer.  Jack worked as a sales representative and also as a district manager for several years; later he returned to the road as a sales representative.  With a love for talking with others, Jack was a good listener too.  These qualities were what made him so effective in his work.  During his career he lived in Detroit and Fairfield, Ohio before settling in Gaylord.

His family and many friends will remember him as a caring and generous man with a big heart.  Often, the things he did for others were done quietly as he seldom sought recognition for his deeds.  A member of the Gaylord E-Free Church, his faith was an important part of his life.

In his spare time, Jack was an avid fisherman who also enjoyed traveling.  His travel included many fishing trips to Canada and Alaska as well as many bus trips throughout the Midwest.  In retirement he split his time between Gaylord and Silver Springs, Florida.

Jack married Virginia Szymkawiak in 1996; she preceded him in death in 2019.  Surviving are his sons, Thomas (Wendy) Anderson of Ladera Ranch, CA and Michael (Tim) Anderson of Fairfield, OH; five grandchildren including Ethan, Kayden and Isaac Anderson; and his many close friends.

A memorial service will take place 1:00 PM Saturday, October 23, 2021 at the Gaylord E-Free Church where the family will visit with friends beginning at 12:00 PM. Pastor Scott Distler will officiate. Those who wish are asked to consider memorial contributions to Gaylord E-Free Church or the Florida Sheriff Youth Ranches.

To order memorial trees or send flowers to the family in memory of Walter "Jack" Anderson, please visit our flower store.