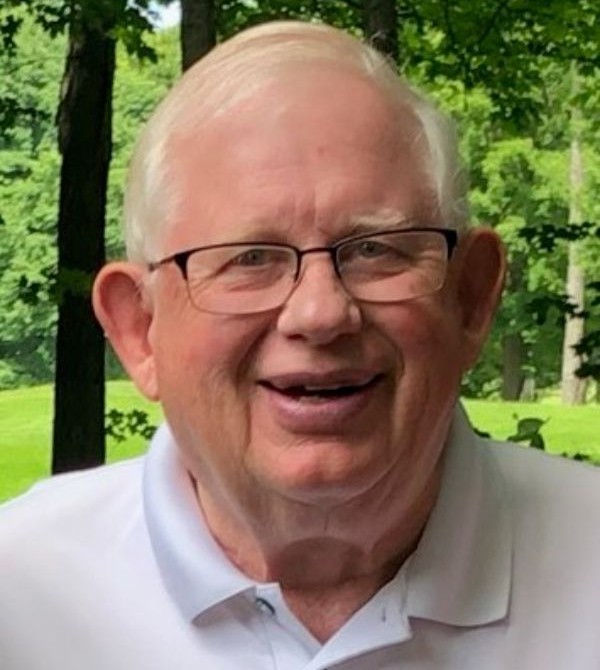 Bill was born to Edward and Violet Rolinski on July 18, 1947 and was a lifelong resident of Gaylord.

Bill was the nun’s favorite student growing up at Gaylord Saint Mary’s, and then went on to become a proud graduate of Michigan State University and the Detroit College of Law.

Bill was married to Barbara Rolinski (Fiegel) on December 18, 1971 and together they had three children: Jill, Jeremy, and Debbie.

Over the years, Bill worked as an attorney in many settings, including with Ward Lake Energy, co-founder of Big Buck Brewery, and as an independent consultant for numerous projects throughout his beloved Northern Michigan.

Bill was an avid golfer and enjoyed his golf league at Gaylord Country Club, bowling, rooting for Michigan State, and spending time with his children and grandchildren. He will be fondly remembered for his superb storytelling, sharp mind, and big heart.

Bill’s family will visit with friends from 4:00-7:00 PM Thursday, April 21, 2022 at Gaylord Community Funeral Home & Cremation Service.  Funeral services will be held at 11:00 AM Friday, April 22, 2022 at the Gaylord E-Free Church where visitation will begin at 10:00 AM.  (The funeral service will aired via livestream at www.facebook.com/gaylordfuneralhome)  Those who wish are asked to consider memorial contributions in Bill’s memory to the Otsego County United Way.  Interment will take place in the coming weeks at Resurrection Cemetery in Gaylord.

Please share your memories and personal messages with the family on the guestbook below.

To order memorial trees or send flowers to the family in memory of William F. "Bill" Rolinski, please visit our flower store.
Send a Sympathy Card

You can attend Bill's funeral via Livestream at www.facebook.com/gaylordfuneralhome