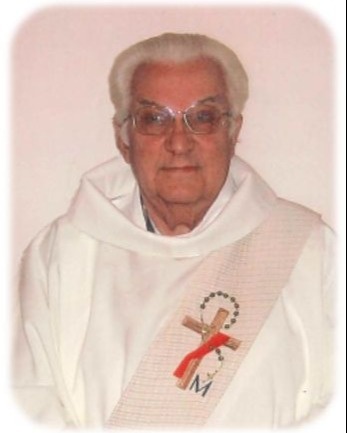 Deacon Ziggy was born in Elmira, Michigan, growing up with 14 brothers and sisters. Ziggy served in the Air Force as a Radar Mechanic for B52 Bombers for 4 years. After returning from the service, having aspirations of the priesthood he decided to move downstate to the Detroit area, where he met Margaret and they shared over 53 years together.

Ziggy took a job with the Cadillac Division of GM. He and Marge continued to be strong advocates for God in the community giving their lives helping the poor through St. Vincent de Paul and St. John Bosco. Wanting to fullfil his dream of serving the Lord, he contined his religious education. Upon completing his religious education at Sacred Heart Seminary, he was ordained in 2006 and served at St. Dunstan Parish and St. John Bosco. Ziggy was also involved with the Knights of Columbus eventually reaching 4th Degree status, Veteran's of Foreign Wars Post. He continued to serve the Lord, helping families by performing baptisms, marriages, and prayers with families in their time of loss.

He left a legacy of love for God, County, and his wife, Margaret. His selfless, kindness, and laughter will never be forgotten. He was truly a deciple of God and family.